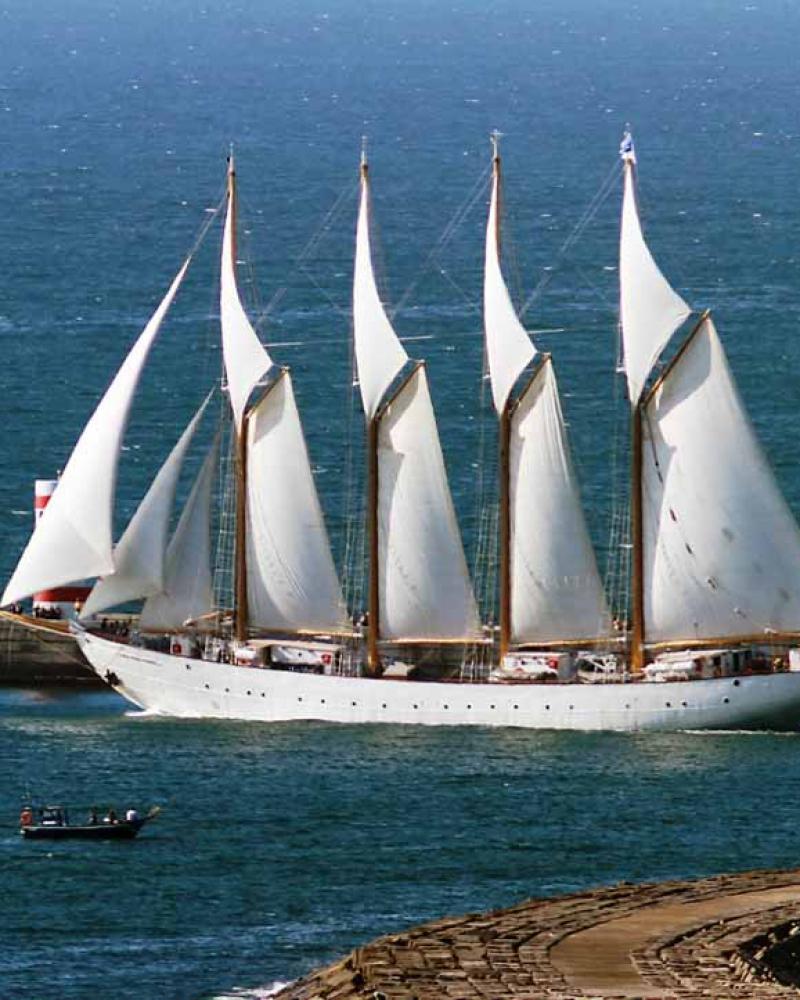 The Tall Ship Santa Maria Manuela is a four-mast sailing ship built in 1937. This sailingship has a rich history as a cod fishing vessel and sailed mainly in the northern Atlantic ocean. Today you can sail on a cruise in modern comfort. The ship has been thoroughly restored in 2010 thanks to its new owner, the Portuguese group Grupo Jerónimo Martins. With a capacity of up to 50 guests, the sailing ship offers wonderful sailing trips worldwide. 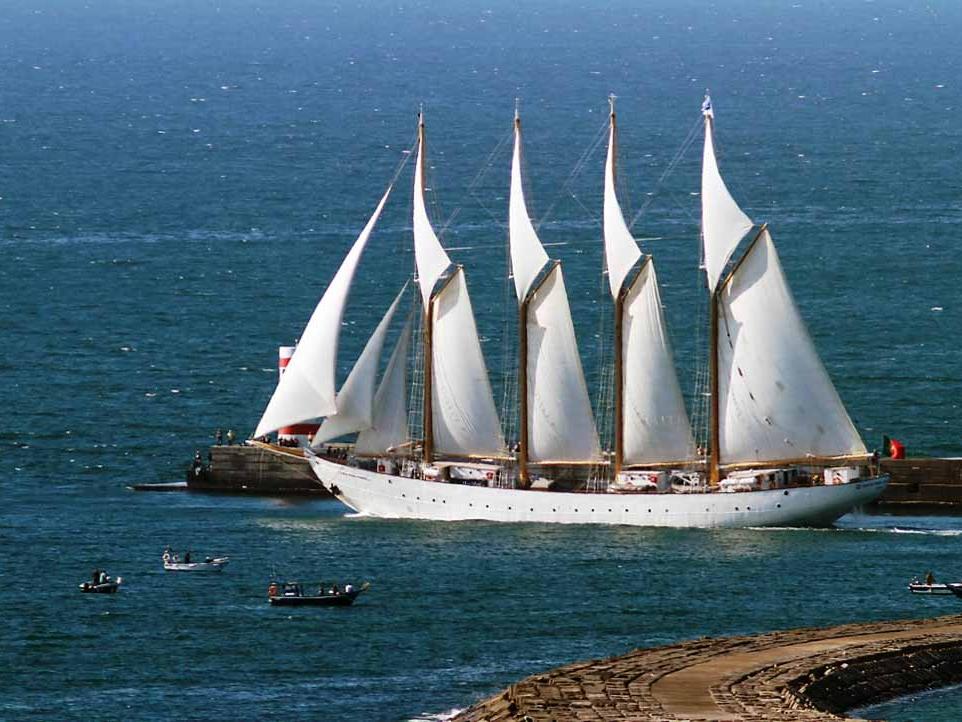 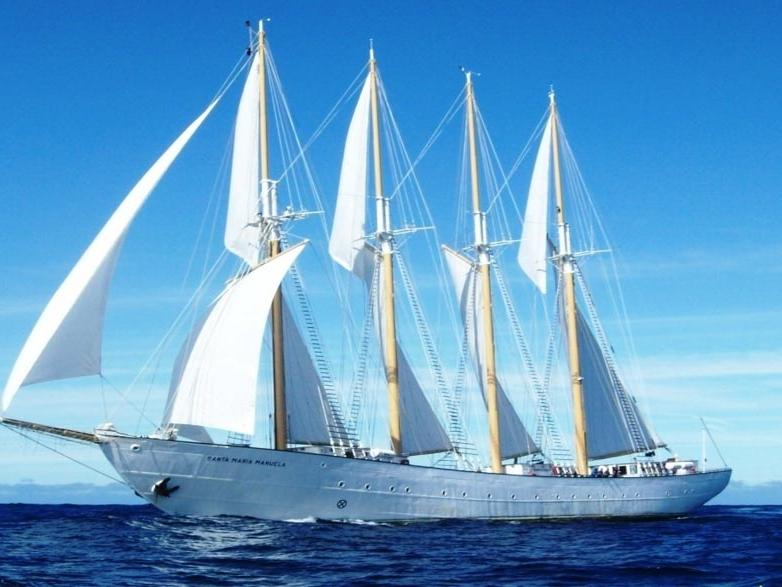 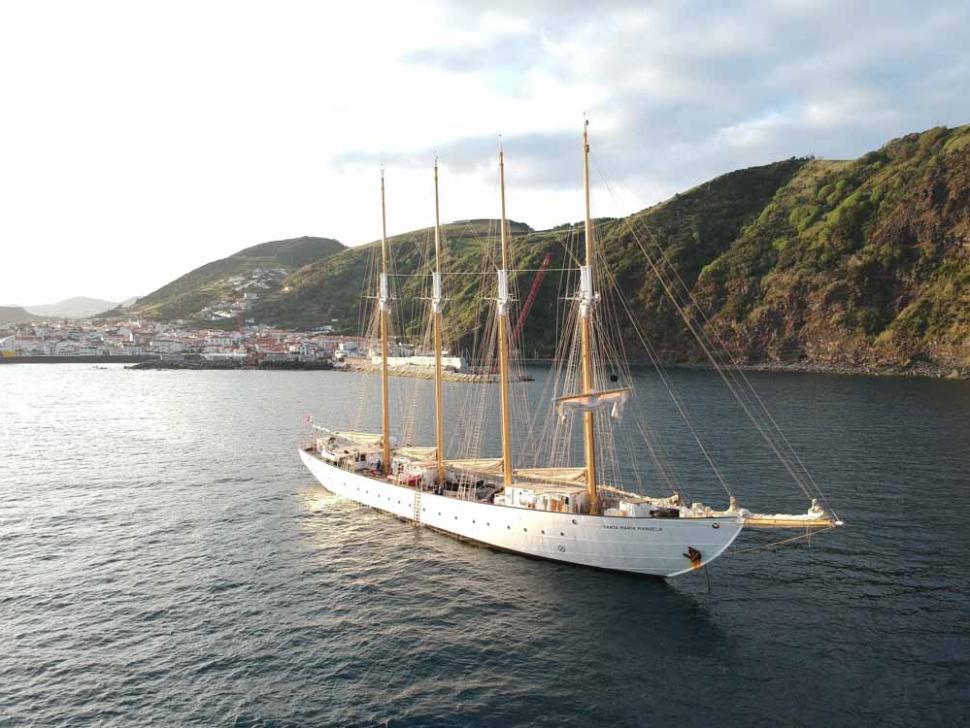 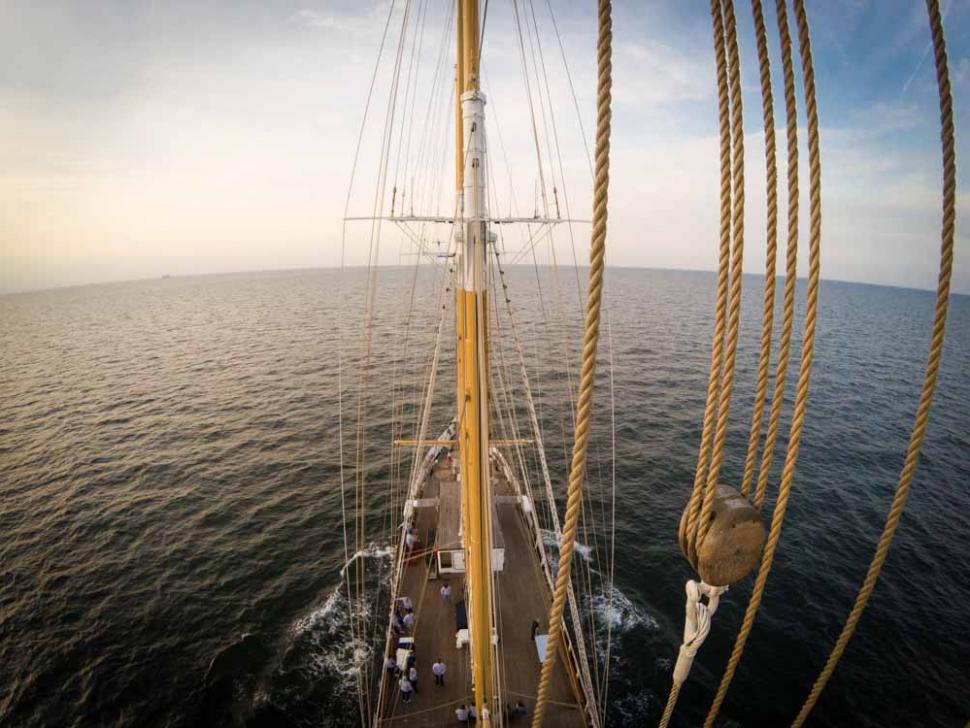 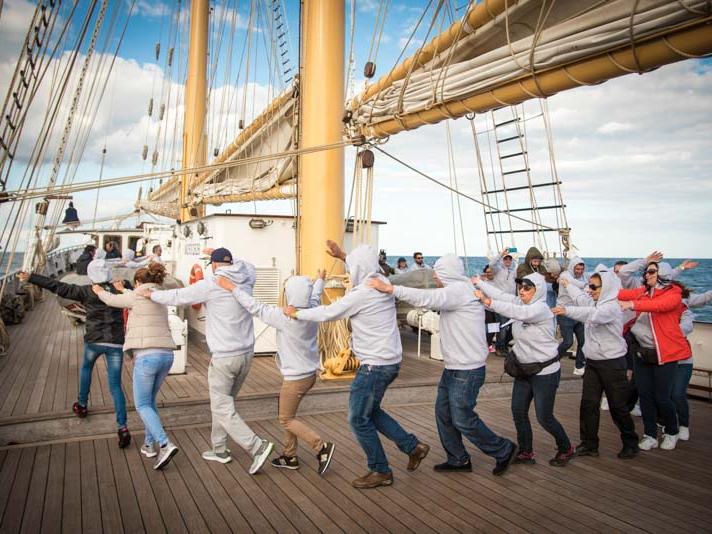 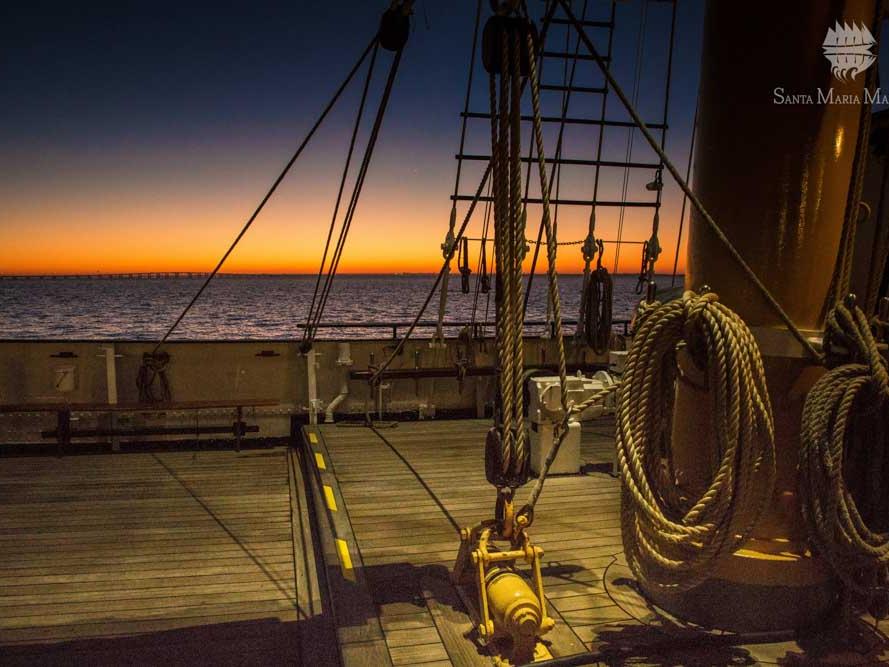 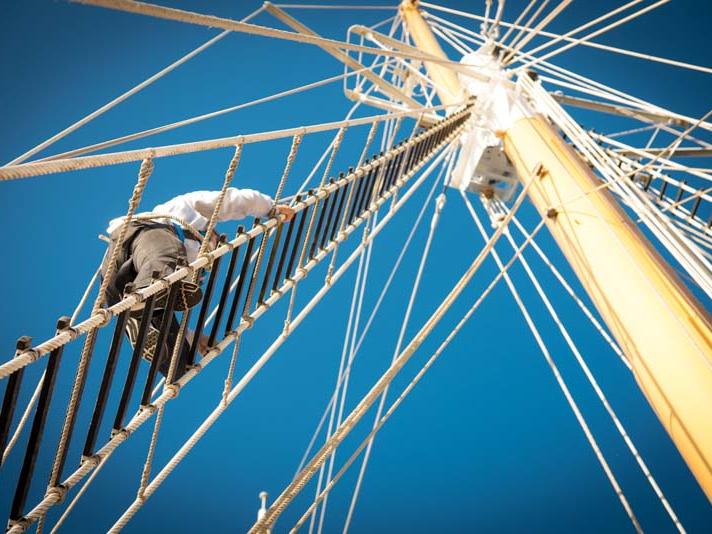 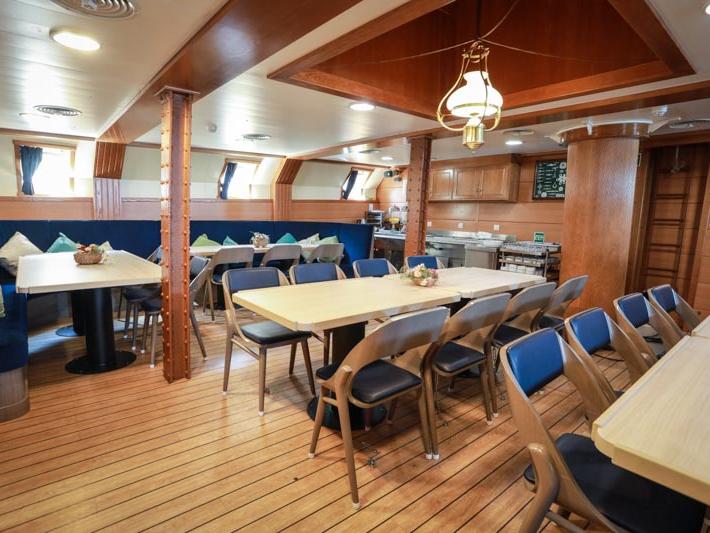 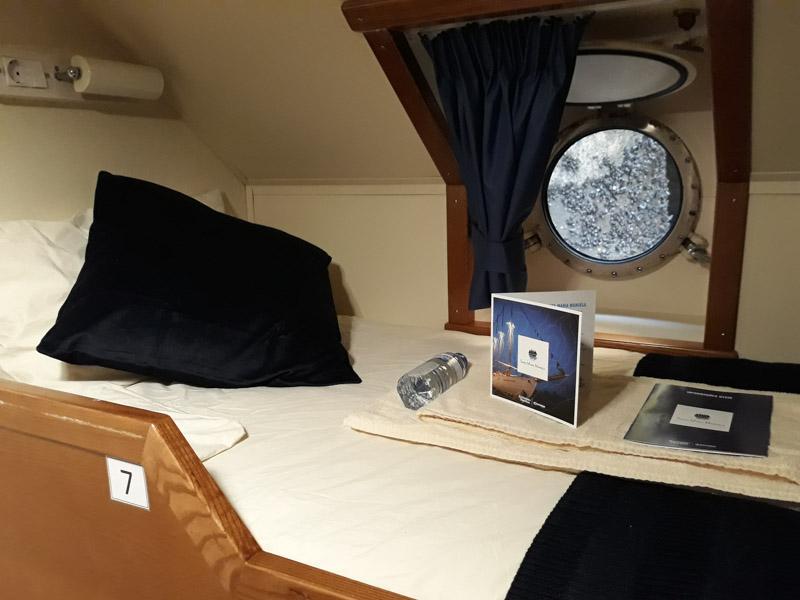 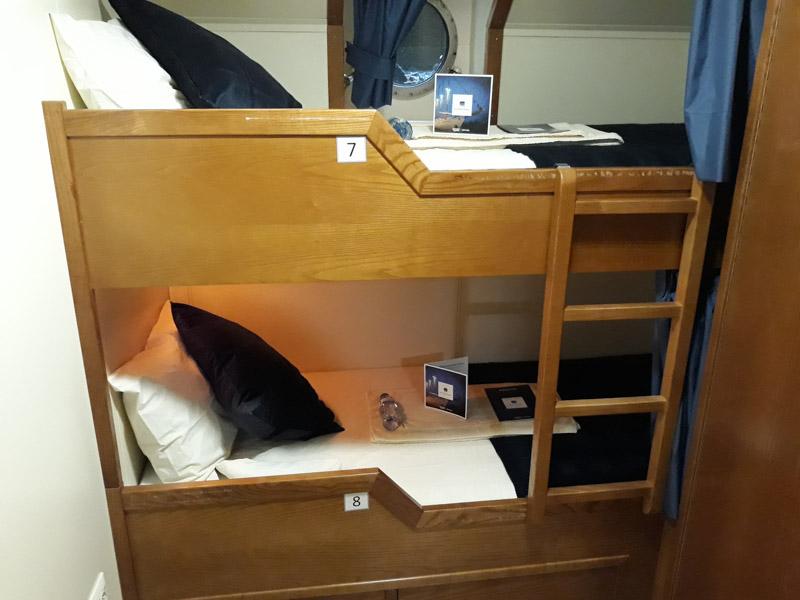 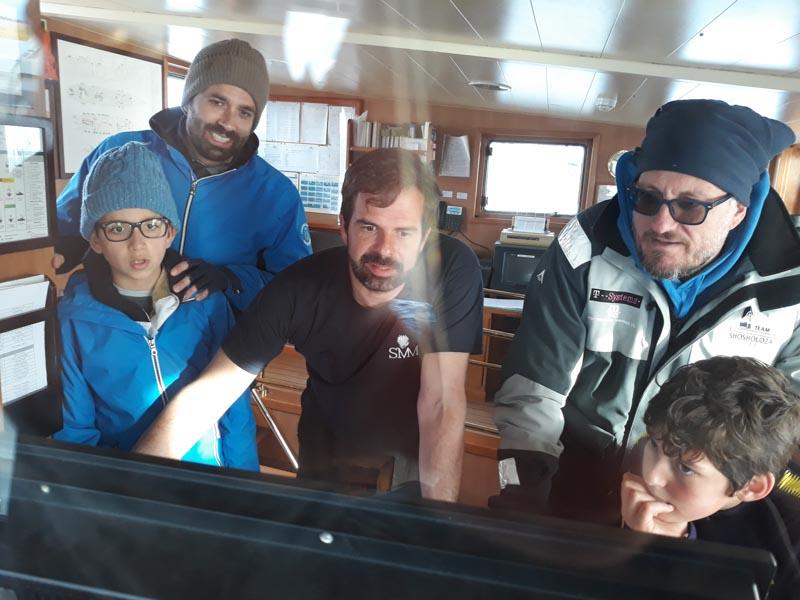 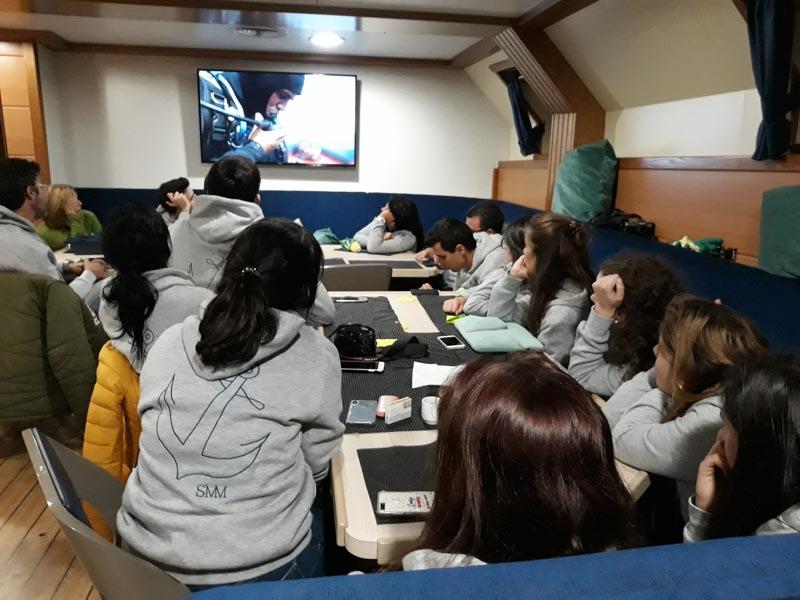 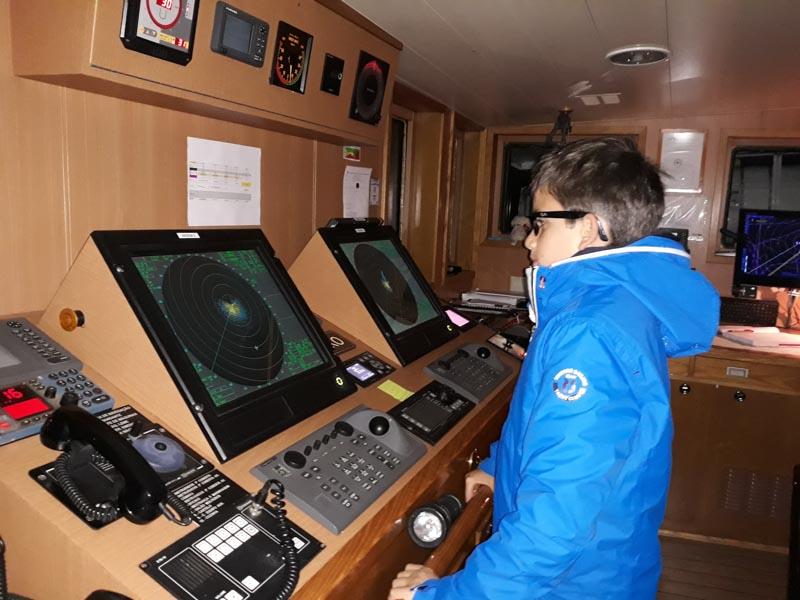 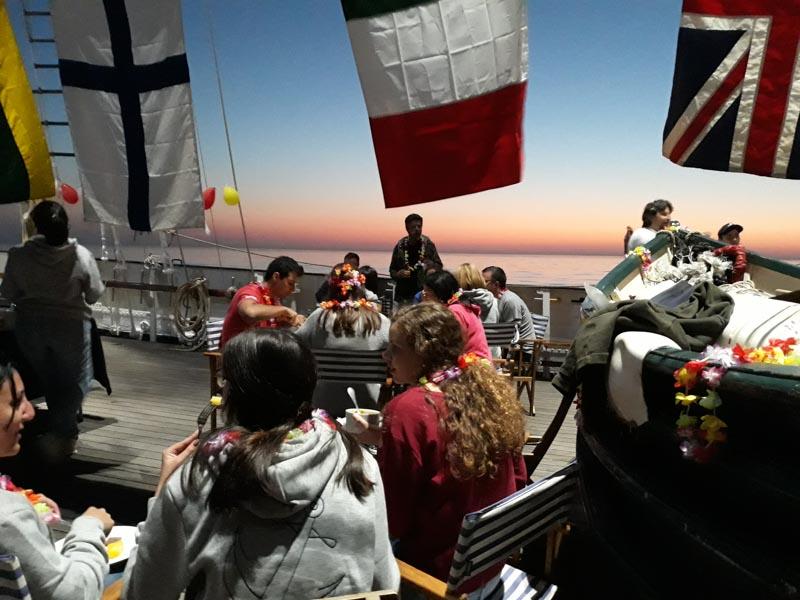 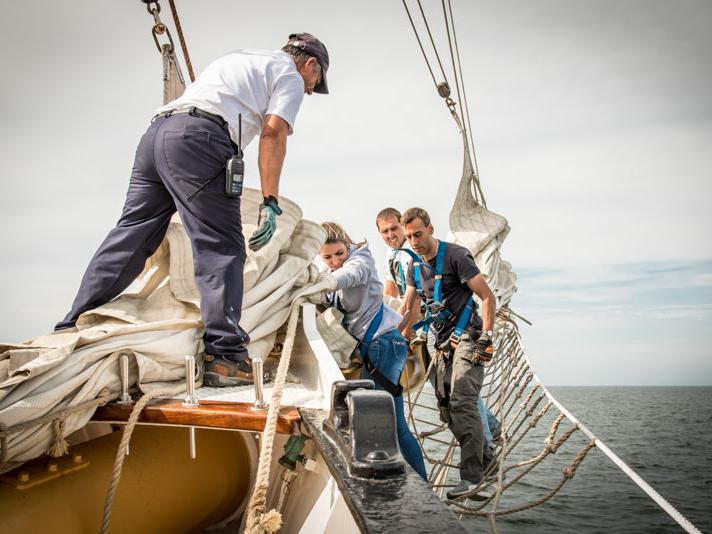 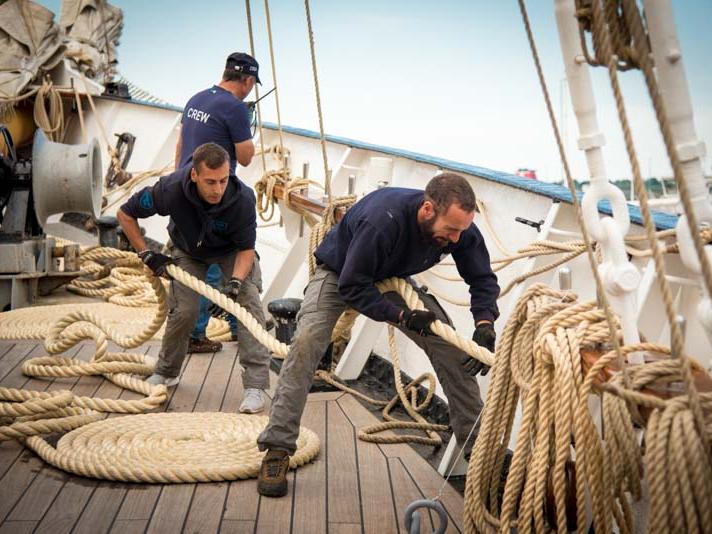 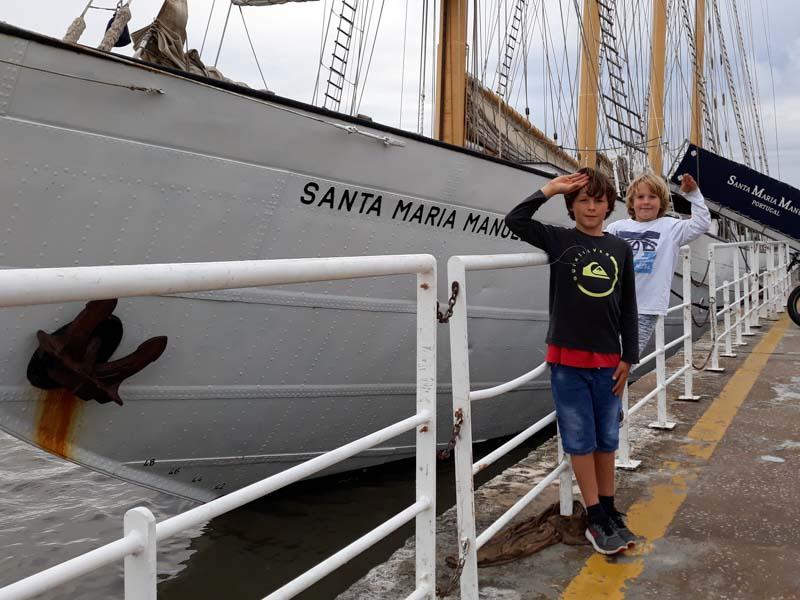 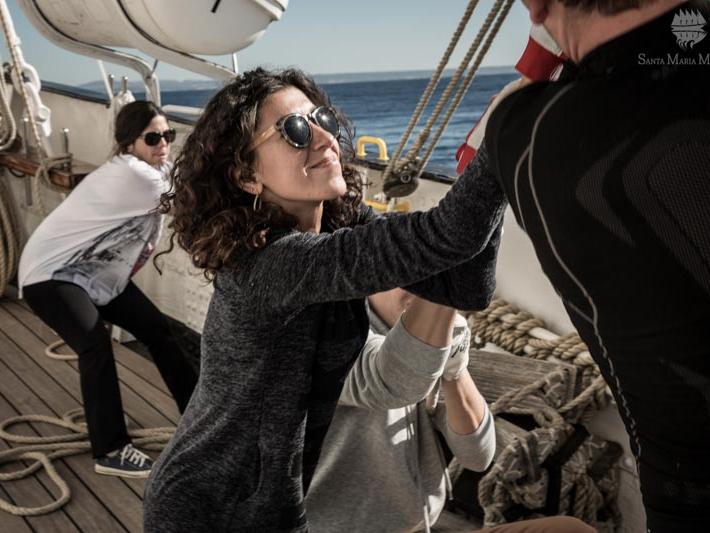 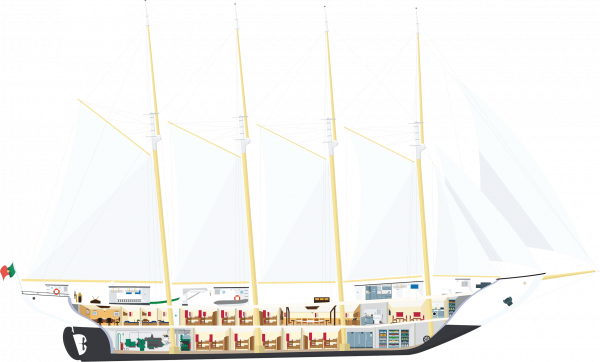 You can sail along with the Santa Maria Manuela without any sailing experience. The 22-person crew takes you on a unique sailing cruise. On board you can enjoy delicious Portuguese cuisine using the local ingredients. The ship is equipped with a fully approved diving school. The tall ship prefers to sail in the Azores and other Portuguese waters. A sailing holiday aboard the Santa Maria Manuela is an unforgettable experience. We sail to Cape Verde and participate in many maritime festivals. COME SAIL WITH US!

This was a special day in Lisbon. Hundreds of people gathered at the port of Rocha do Conde de Óbidos, in Alcântara, to witness the launch of two ships that had just been built: Santa Maria Manuela and Creoula. On that day, the Companhia União Fabril shipyards closed their doors so their employees were able to attend the ceremony. The workers climbed the cranes and filled the banks of the harbor on the Tagus river. Everyone wanted to witness the launch of the twin sailingships that were built in 62 days and were intended for cod fishing in Newfoundland and Greenland. This unique achievement for the Portuguese naval industry was a solemn occasion attended by the head of state and ministers. 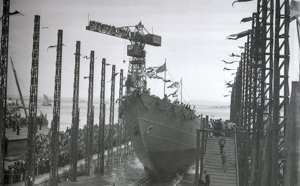 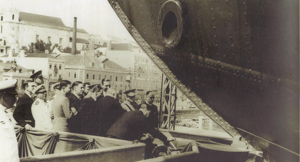 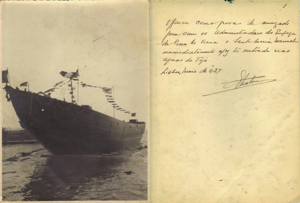 Vasco Albuquerque d'Orey was owner of the company Empresa de Pesca de Viana. They gave the order to build the Santa Maria Manuela. The hull is made of steel, an important detail is that the ship can sail through ice waters. The ship was baptised with the name of the owner's wife, Maria Manuela, mother of 16. 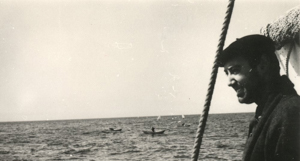 Adventure in the northern seas

Santa Maria Manuela was built for cod fishing. The departure of ships to the banks of Newfoundland and Greenland was a very emotional moment. The tears of the family members contrasted with the high expectations of the crew on a safe return to Portugal with the ship full of cod. Fishing was their only way of life. 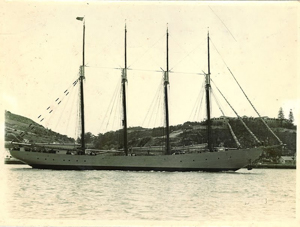 Campaigns lasted around six months and started in Lisbon. The ship accommodated 70 experienced men who were prepared to cope with the hardships of the northern seas. One of these men had far more responsibilities on his shoulders than the others. It was up to the captain to make big decisions. "During one of these journeys, a fisherman was seriously injured while we were carrying out a sailing maneuver on the bow of the sailingship," recalls Vitorino Ramalheira, captain of tall ship Santa Maria Manuela in 1966. "When we arrived at the port of St. John in Newfoundland, the fisherman has ast away, it was very dramatic and sad. " This moment was captured by the film crew of the National Film Board of Canada who were on board to film the documentary "The White Ship". Cod fishing per line was then one of the most risky professions. 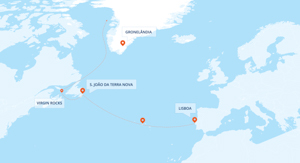 There were dozens of dory boats on the deck of tall ship Santa Maria Manuela. These little boats were only launched after the captain had checked the circumstances and given the order: "Lower the boats and may God be with us." Each dory boat carried one fisherman. After reaching the frozen seas, every fisherman followed his own path with the help of rowing or a small sail. Sometimes they sailed miles from the Santa Maria Manuela fishing ship and disappeared in the heavy fog. The fishermen spent 13 consecutive hours on the dory boats and launched hundreds of meters of line with hooks and bait in the water. If all went well, a fisherman caught half a ton of cod. There are reports about dory boats that sank with overweight. On their return on board the crew received soup, fish and a cup of wine. The work then continued with the collection and the salting of the cod. Sailing ship Santa Maria Manuela only returned home when the ship hulls were full of fish. "The moment the national flag was raised and the journey back to Portugal began was the happiest day on board," recalls Captain Vitorino Ramalheira. 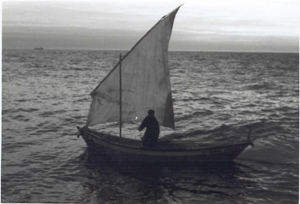 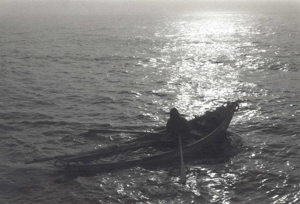 Tall ship Santa Maria Manuela is one of the last sailing ships of the legendary Portuguese White Fleet. The name white fleet was given by the residents of Newfoundland during the II World War. Some ships were hit by torpedoes during this period. As a result, the Marine Chief of Staff ordered the hulls of the Portuguese fishing fleet to be painted white. The cod fishermen sailed in convoy from Lisbon to Newfoundland and Greenland with a clearly visible Portuguese flag on the hull. Portugal remained neutral during this world conflict. Of this mythical fleet - immortalized in the book "The Argus Campaign" by Alan Villiers - only the Santa Maria Manuela, Argus, Creoula and Gazela remain. 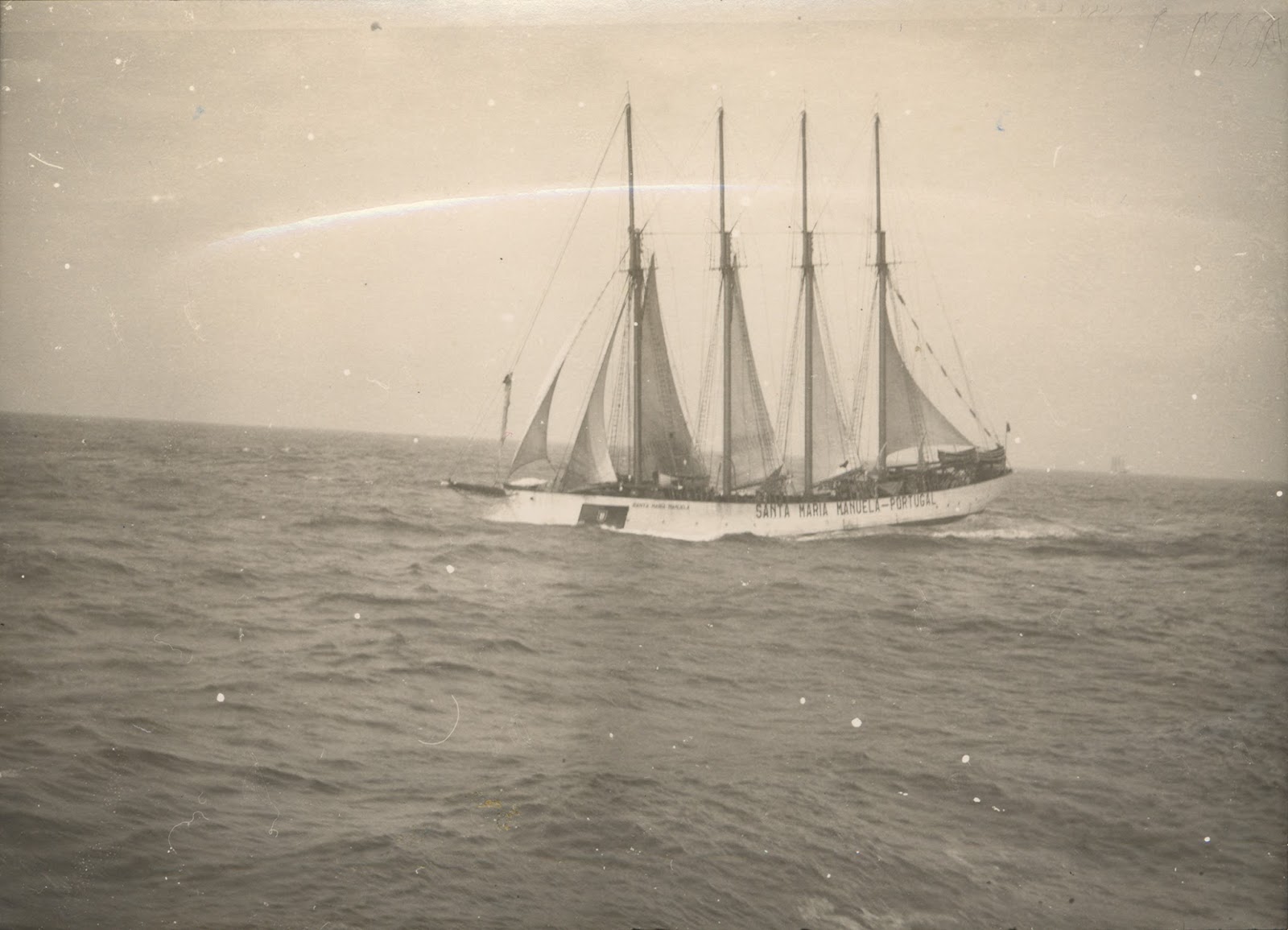 A sailing ship is born from a ship's hull

Tall ship Santa Maria Manuela has undergone a number of structural changes over the years. From the removal of the masts to the installation of a bridge. The ship followed the evolution that would dictate the end of fishing per line. In 1993 the ship was considered outdated. It was dismantled and only the steel hull remained. The following year, the Santa Maria Manuela Foundation was founded, a project in which 17 institutions came together with one common goal: Repairing the ship. Only in 2007, after the hull was purchased by the Pascoal company, would the renovation begin. This project took four years to complete. On 10 May 2010 - on its 73rd birthday - the SMM approached the port of Aveiro with its sails raised and the hull white. This was the first day of the new life of this tall ship. Santa Maria Manuela was purchased in November 2016 by the Recheio company, part of the Jerónimo Martins Group. The Santa Maria Manuela now has unique offers for sailing travel at sea, events, parties and sail training at sea. 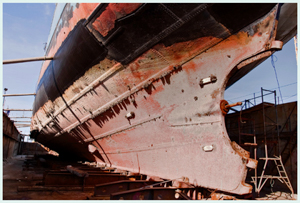 Would you like to sail along with the
Santa Maria Manuela ?

Diving in the Azores

Holiday in the Azores