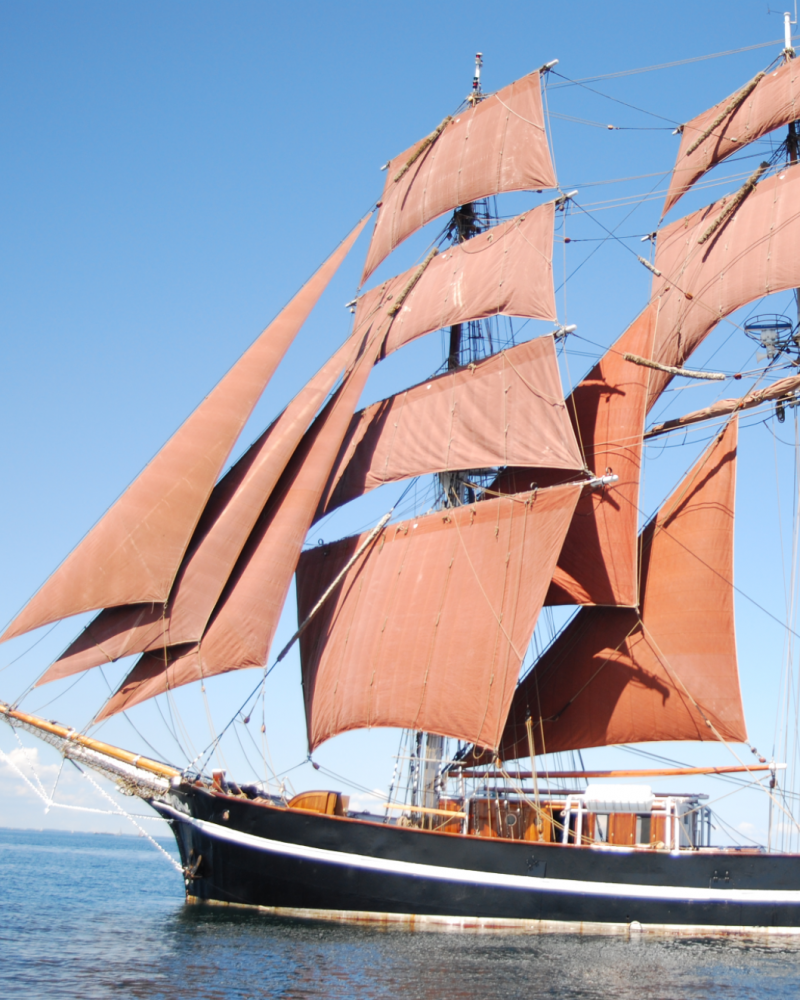 Eye of the Wind

one of the last traditional sailing ships of our time! The hundred-year-old brig Eye of the Wind will take you to the most enchanting sailing areas and the most beautiful harbours. Find out for yourself about the charm of this magnificent ship as part of an attractive theme trip, high-quality leadership training, a corporate event or an individual charter. Previous sailing experience is not required in order to sail on our windjammer. Relax under the sails in harmony with nature and the sea. 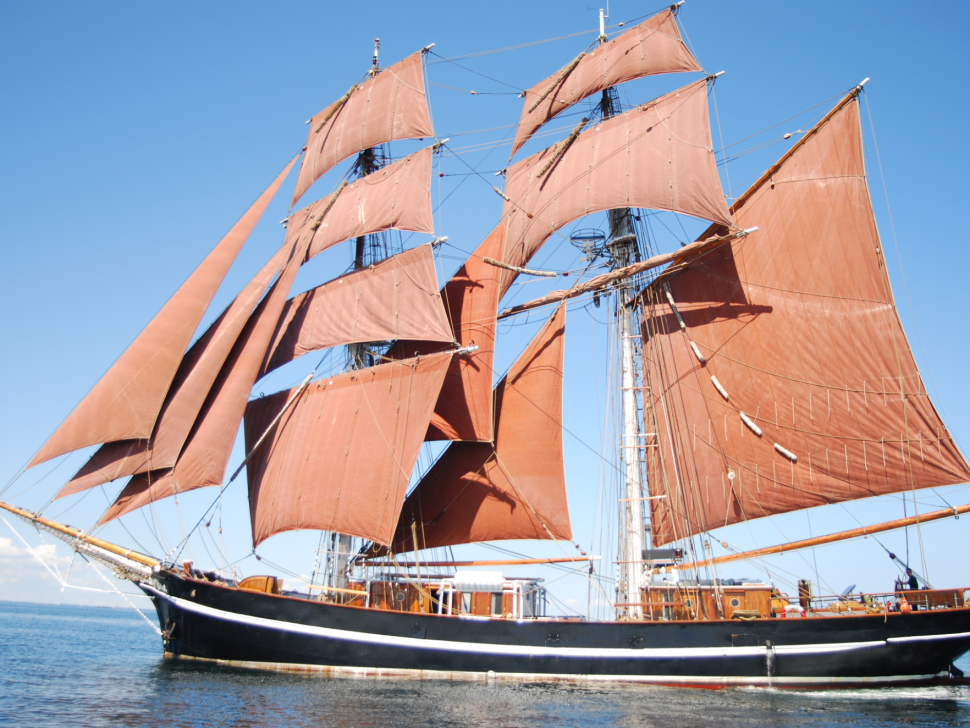 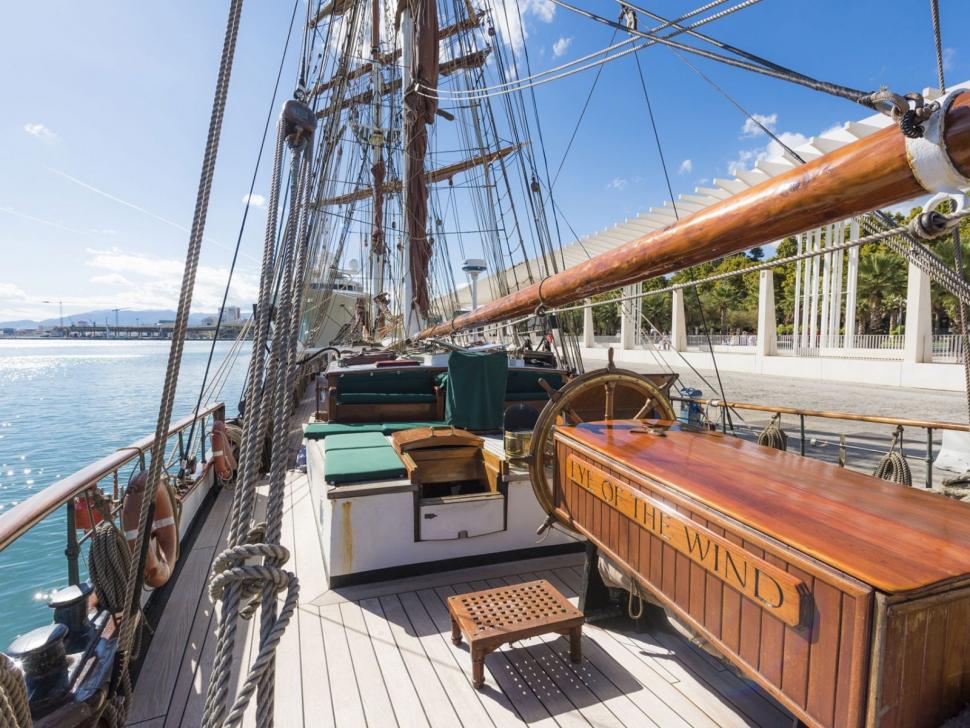 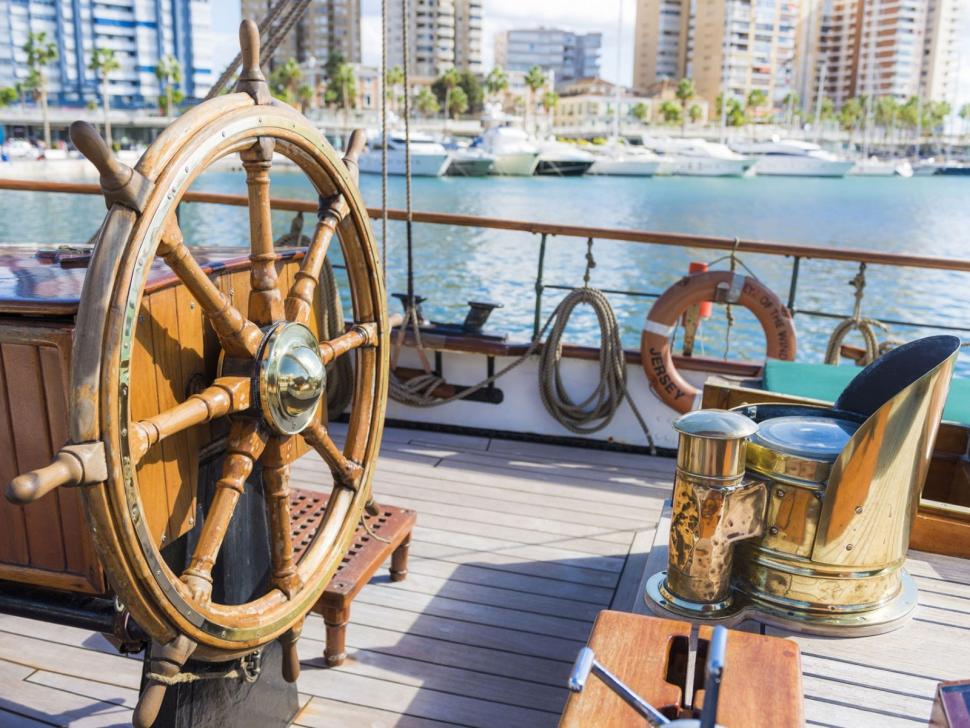 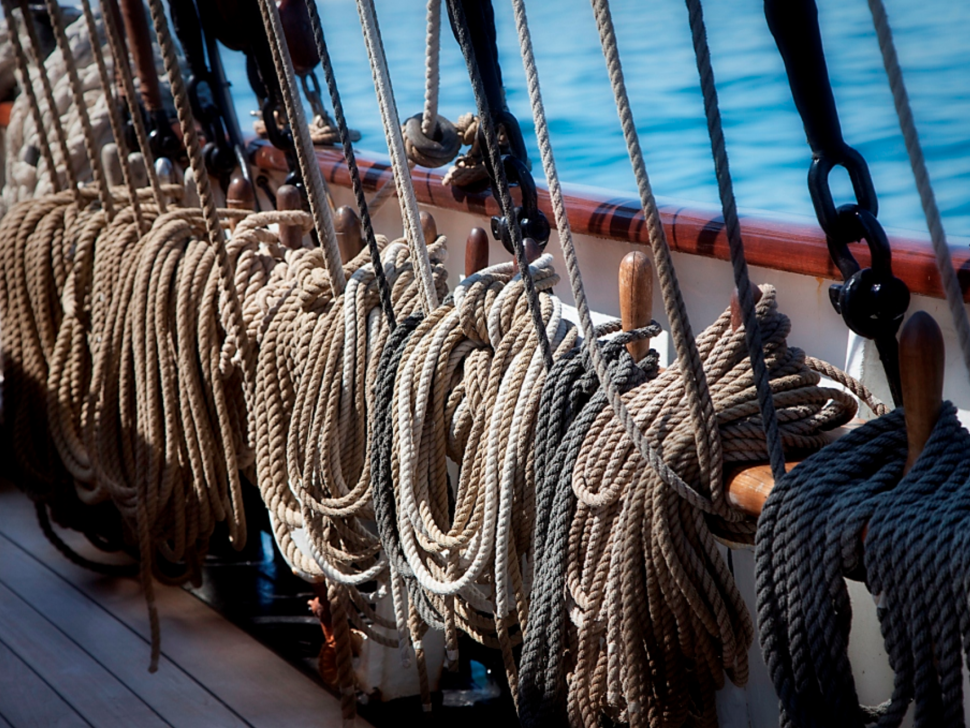 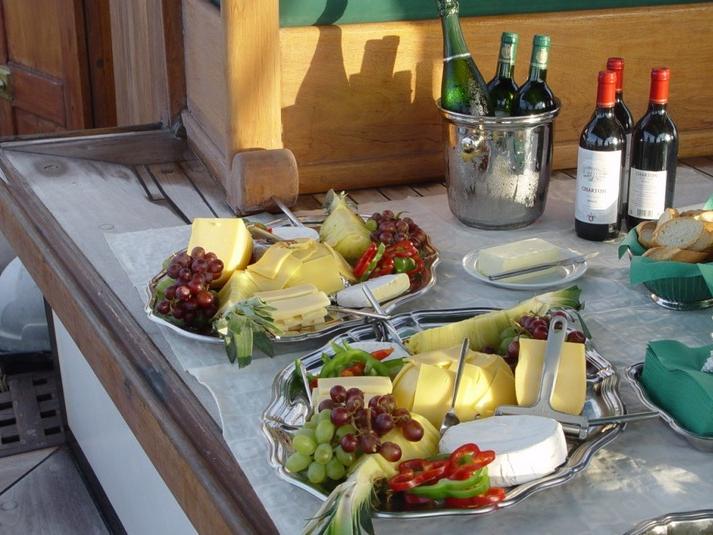 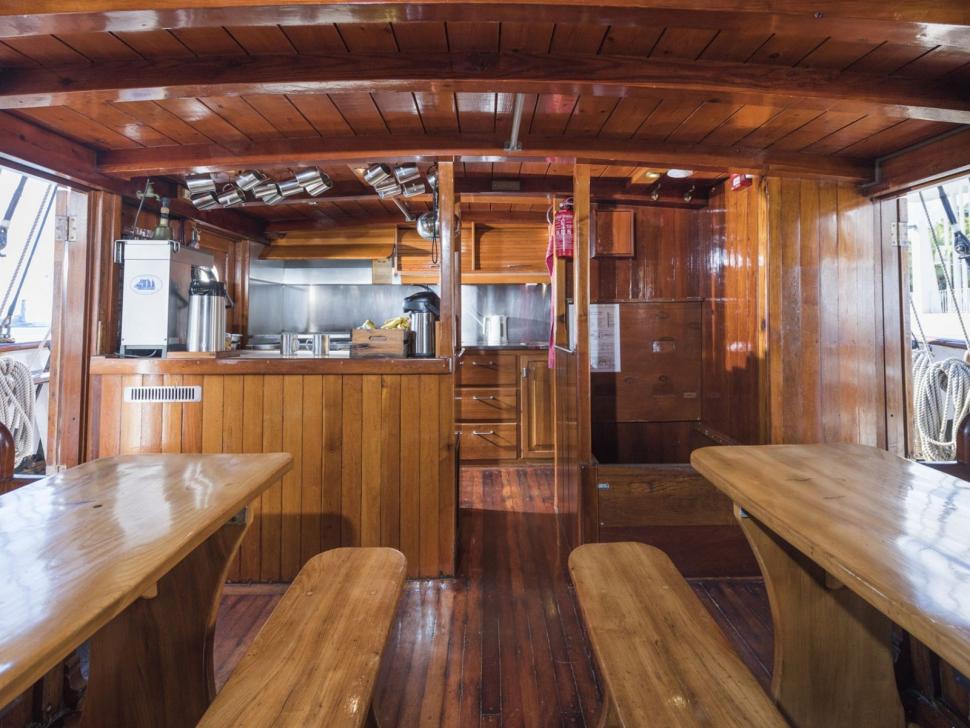 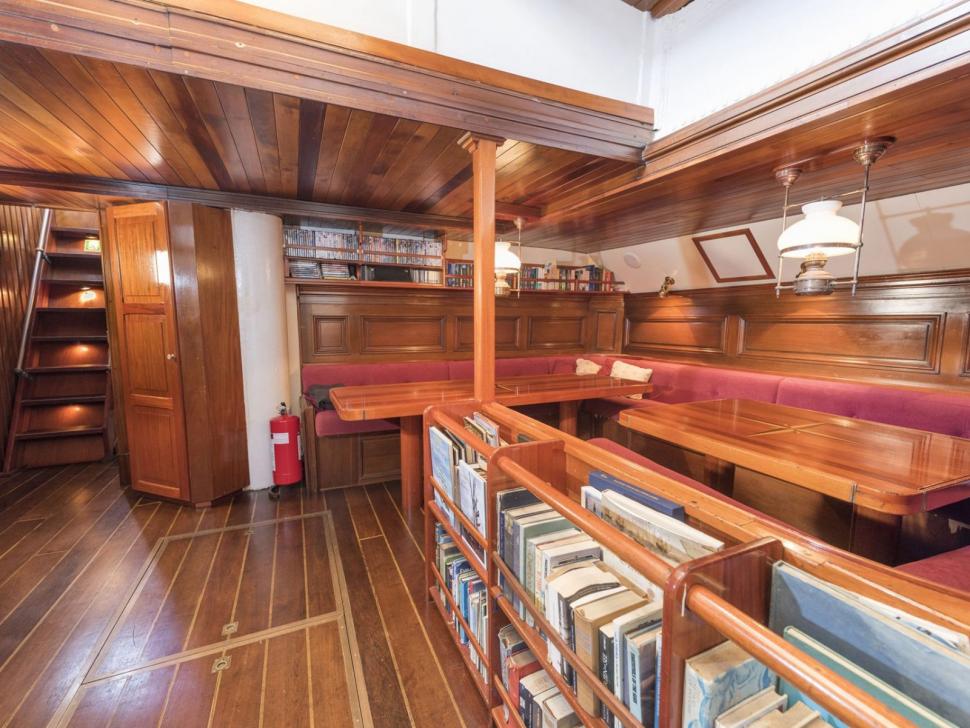 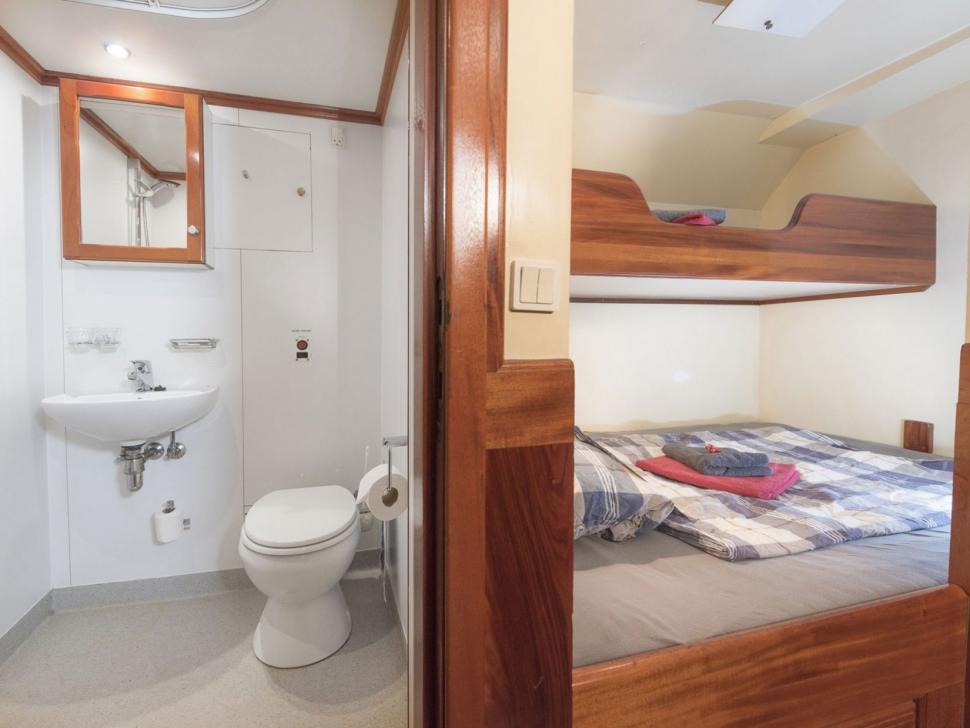 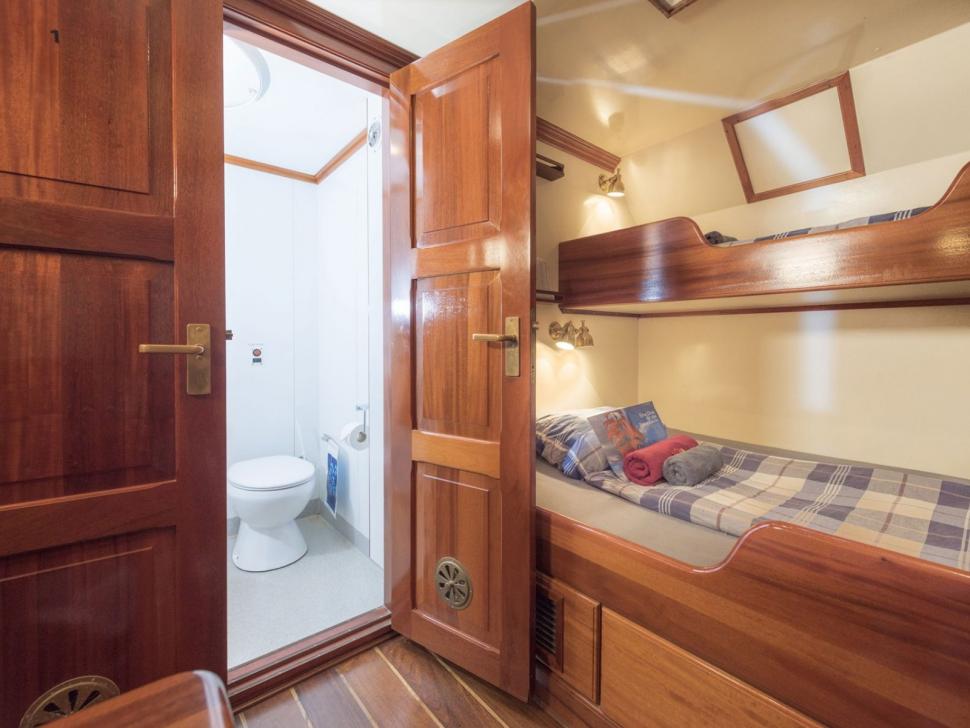 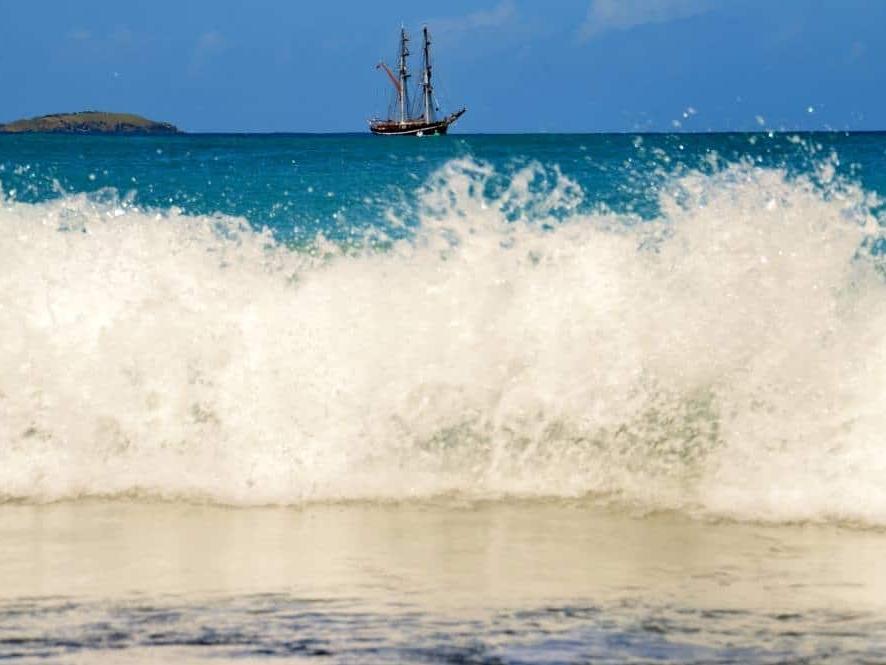 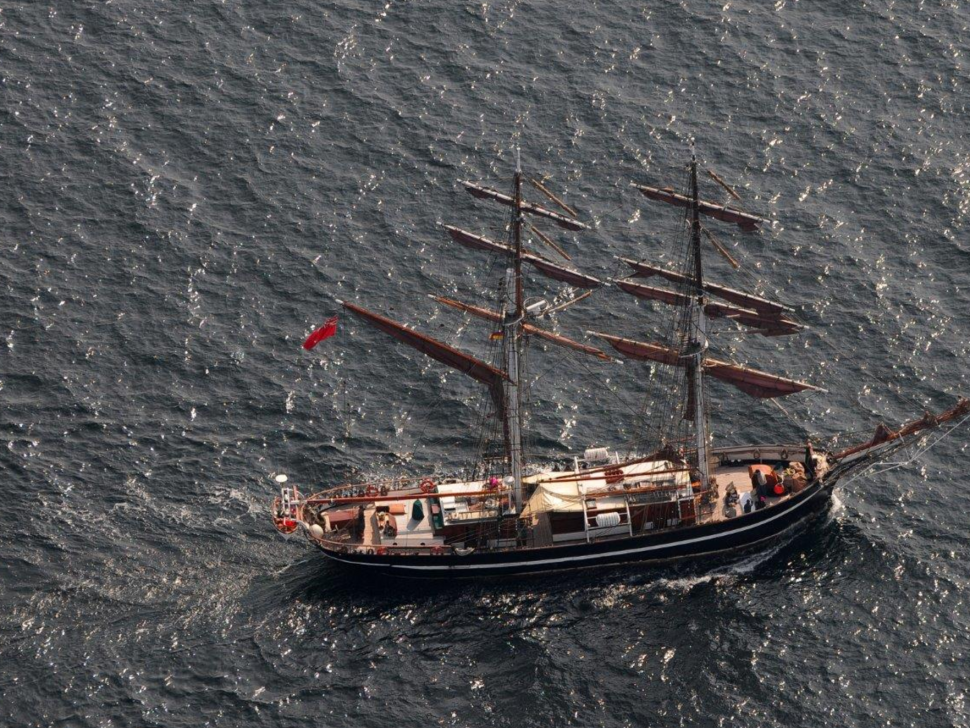 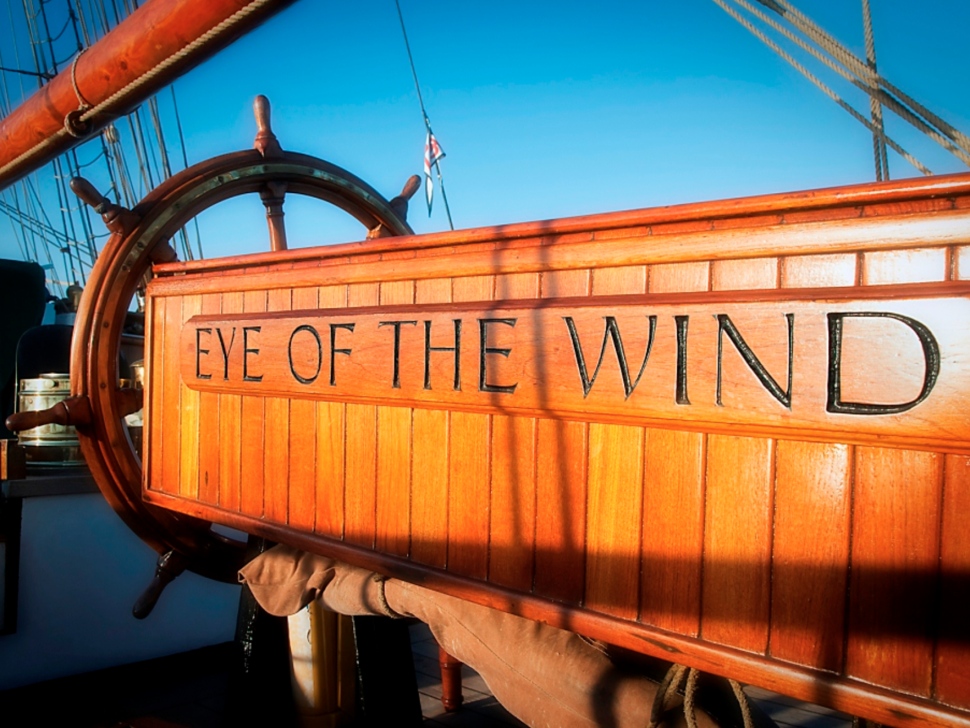 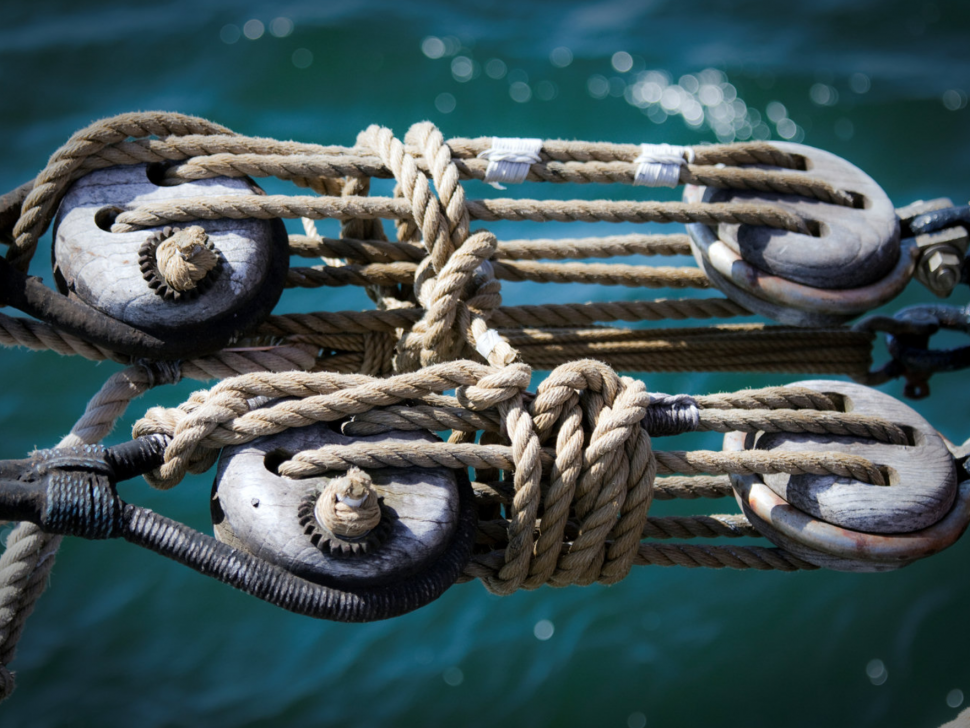 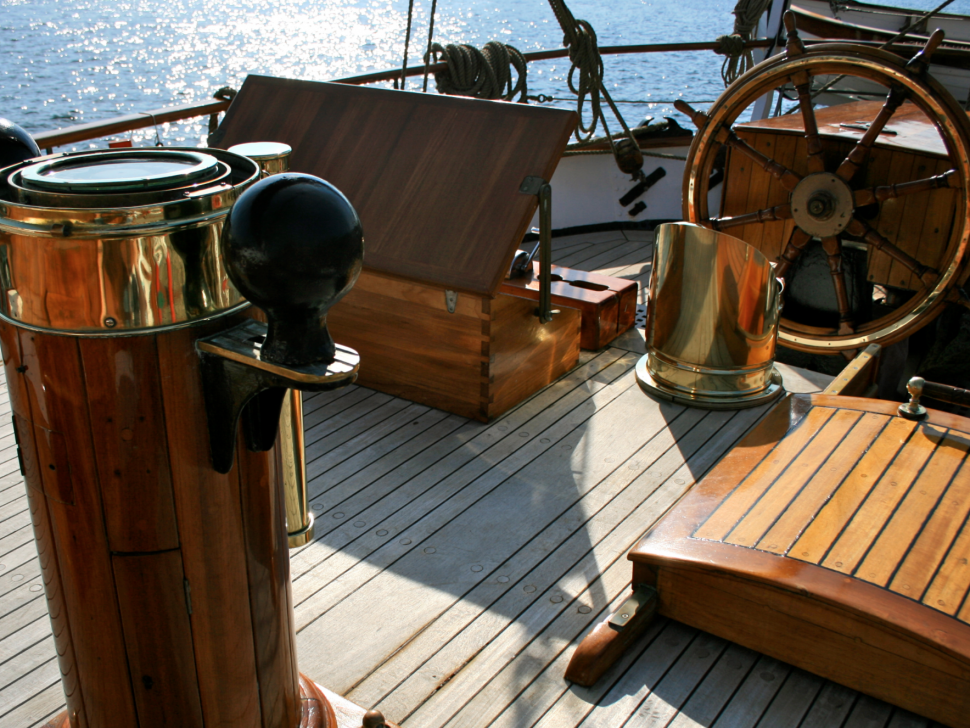 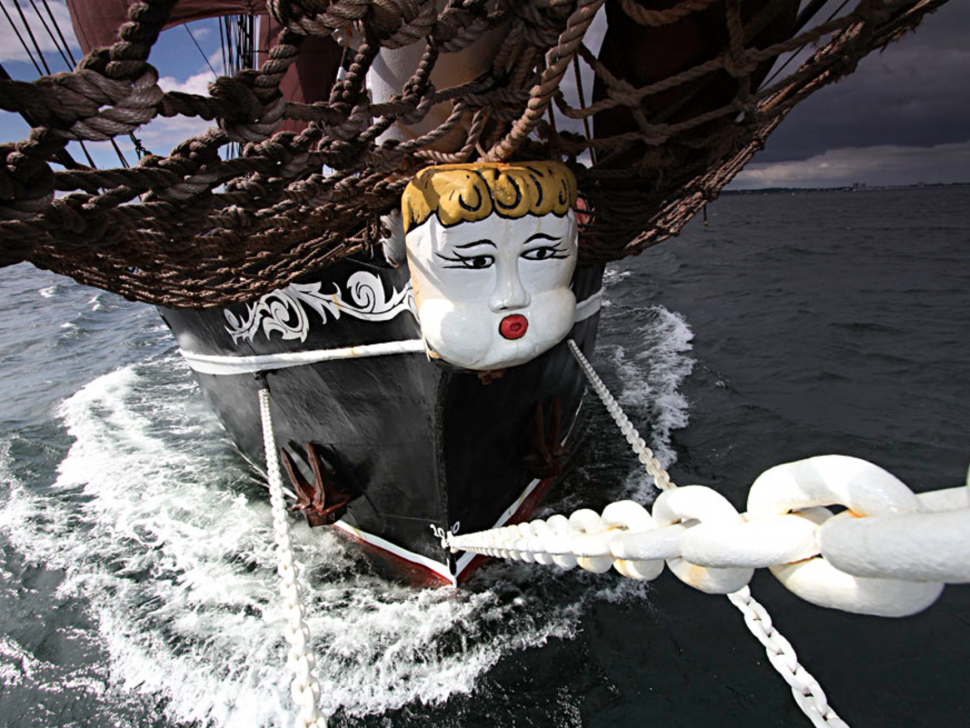 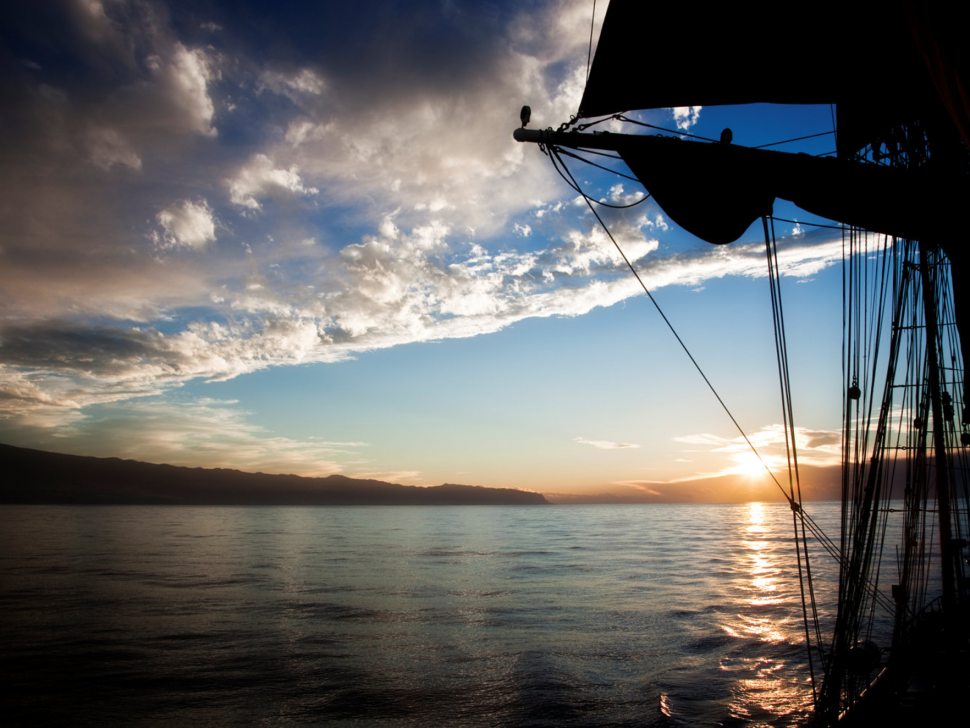 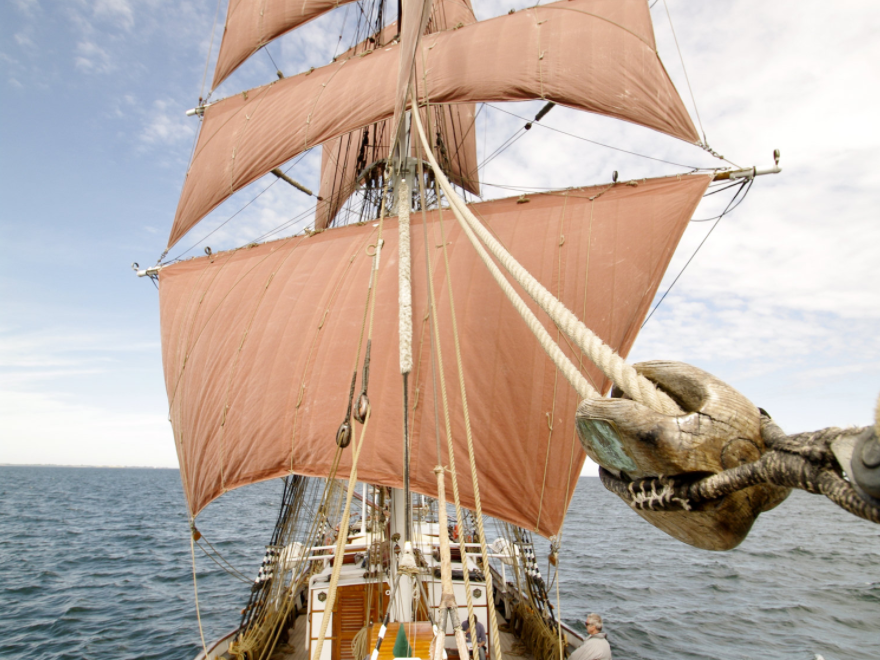 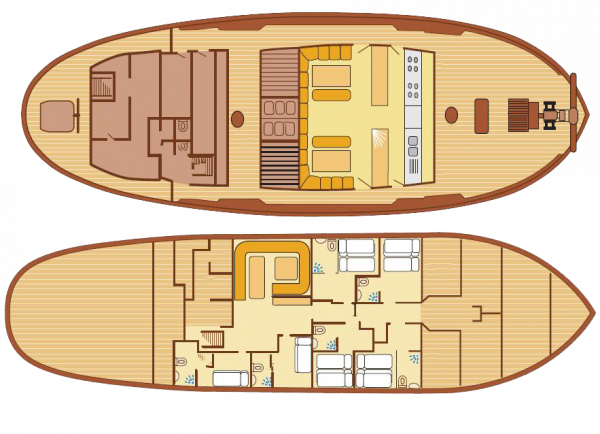 The first evening on board

In most cases, guests are welcomed around 7pm with a welcome drink and dinner. You will get to know the crew and fellow sailors. It is our custom to create a relaxed and friendly atmosphere from the beginning. In the lounge, in the air-conditioned cabins or outside on the wooden deck you immediately feel comfortable.

Start of the journey and safety chat

An extensive sail and safe box talk make you familiar with the ship. You discover the Eye of The Wind as a seaworthy and reliable ship. Of course you have the chance to assist the crew in the daily sailing activities. No previous knowledge is required, active participation is always on a voluntary basis and under professional supervision. If you prefer not to stand at the helm and enjoy the ride in the salon or on the deck you can also enjoy the spectacular traditional sailing. Relax under the sails in harmony with nature and sea.

Adventures on board, at sea and on land

Most of our trips are scheduled to sail during the day and to moor in a harbor in the evening or to anchor in a sheltered spot. This does not apply to the so-called "from A to B" trips. The day planning is explained by the captain on the basis of a maritime map. The functioning of the ship, the sails and all ropes is also explained by the crew. The more you ask, the more answers you get. The majority of our guests find this theory particularly useful to understand how it all works. A highlight of the trip is climbing the mast. You should definitely try and do not forget your camera! The view is unique and one that you will never forget.

Visiting country offers a nice variety with sailing. There are many cultural, architectural and culinary attractions that you can discover. Anchoring in a bay for swimming and snorkeling, with the dinghy a photo round the ship, a walk in the harbor town ... so the evening program can look like. A delicious dinner and a nice glass of wine from our bar, perhaps view with sunset, close the day and you will look forward to the next day sailing. According to our basic principle, the route, port and anchorage is chosen by the captain according to the weather forecasts, of course taking into account your wishes and suggestions. In this way, the journey is a pleasant mix of vacation, adventure, sail training, fun and nature.

We trust that you will leave us with unforgettable memories of the crew and the ship. The blue sea, breathtaking nature and beautiful discovery on land will undoubtedly stay with you. See you soon!

More than 100 years ago a sailing legend was born: in 1911, a topsail schooner was built at the Lühring shipyard in Brake / Germany. This was named "Friedrich" by her owner, Captain Johann Friedrich Kolb from Fockbek. In March 1924 the ship was sold to the owner of the ship Axel Ageberg, in Kalmar / Sweden, and she was named "Sam." Only two years later she was acquired by a shipping company in Stockevik Hendriksson KH / Sweden. After provision of a 2-stroke engine she became a motor schooner and spent 30 years on the East and North Sea as a cargo ship under the name "Merry."

In the autumn of 1955 she ran aground during a heavy storm off the Swedish west coast. The wreck was rescued, repaired and put into use as the one and a half ruptured schooner "Rose Marie". It was sometimes used for driftnet fishing on the Icelandic coast. The ship, which was now powered solely by motor, changed owner twice in the 1960s, and "Rose Marie" became "Merry" again.

On January 21, 1970, a fire destroyed the stern and engine compartment. The wreck hardly escaped the scrap heap. It was sold to a US buyer who wanted to convert it into a café. This plan was never realized.

From a cargo ship to a royal flagship

The ship got a new life in 1973 when it was bought by Anthony "Tiger" Timbs, an Englishman from London. A group of enthusiastic ship lovers began to rig the ship as a brigantine.

The restoration on the site in Faversham / England took almost four years. The former storage rooms were converted into a lounge and accommodation for crew and passengers. No expense or effort was spared. A new engine has also been installed and the works were carried out with great attention to detail and lots of love. The benches in the living room come from a church, and the enthusiastic owner Timbs found the wood for the interior in a demolished bank building. The new masts came from the oil industry. An old dance floor was used to create a solid teak deck. Many details were handmade. The result was unique throughout the world.

Under her new name Eye of the Wind, the two-master was finally ready for new adventures at sea. She sailed all over the world on her first voyage. She stopped in Australia, the Pacific Ocean and the infamous Cape Horn.

The journey had just been done, 1978, when the next challenge was already sounded. Under the patronage of His Royal Highness Prince Charles, Prince of Wales, the Eye of the Wind had the honor of being the flagship during "Operation Drake". More than 400 crew took part in this 2-year expedition to sail in the wake of the famous explorer and scientist Sir Francis Drake. During their visit to 27 countries, all members of the crew had one thing in common; They were all captivated by the character and charm of the ship.

Eye of the Wind as a movie star

Her imposing structure attracted the attention of the film industry. The ship has crossed the waters of the film sets and, as in real life, withstood fierce storms, burned and sunk in front of the camera.

In the epic "Tai-Pan", based on the novel by James Clavell, "The Sailing Hollywood Diva" was cast in a double role - that of "White Cloud" with white sails and that of the White Witch with brown sails that they used up to this day.

Traditional sailing in the 21st century

In 1990 the Eye of the Wind sailed in the South Pacific and took part in the 200th anniversary of the colonization of the island of Pitcairn - the last hiding place of the mutineers of the HMS Bounty. After completing Cape Horn, she served as a sailing training ship until 2000. During this time she sailed all over the oceans of the world and visited the most famous ports. During Tall regattas she often won prizes such as the most beautiful maritime object.

After a participation in the Tall Ships Race 2000, a Danish businessman bought the ship. He wanted to use Gillelea for private trips from his home port. The new owner has completely restored the proud brig and equipped with the latest technology and electronics for navigation and comfort. In order to preserve her character as a traditional ship, they were very careful about planning and upgrading. The use of teak, precious wood, brass and other high-quality materials on the inner deck give the ship its distinctive atmosphere. A sail control system has been deliberately omitted. To date, the sails with a total surface of 750 square meters are hoisted and folded by pure muscle strength.

When the owner died unexpectedly, the fate of this beautiful ship was initially unclear. On April 1, 2009, all fans could sleep on their ears again. Their beloved sailing ship has found a new home at FORUM train & sail GmbH, a subsidiary of the German FORUM MEDIA GROUP. Since then it has been used throughout the year for group and theme trips as well as exclusive charters and high-quality management training.

In 2011, the brigantijn celebrated its 100th anniversary! On 30 April 2010 the Eye of the Wind was the flagship of the Tall Ships opening parade of the Bremerhaven Maritime Festival. There was also a new world record as the longest sailboat parade.

The adventure does not end

The Eye of the Wind is very seaworthy and not made to stay in the harbor. View the journeys with this ship and experience the history and future of this beauty.

Would you like to sail along with the
Eye of the Wind ?

880 nautical miles of blue water sailing! Across the Atlantic from St. Martin to Bermuda