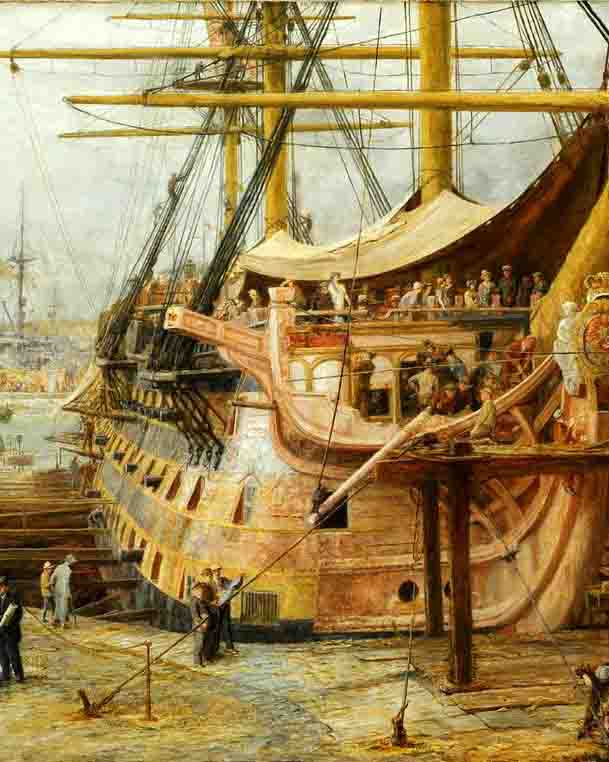 THE IMPACT OF THE ROYAL NAVY ON DEFORESTATION

It is estimated that in the 18th Century, a 110-gun ship used about 4,000 oak trees to build, the equivalent of 30–40 hectares of woodland. In 1926, Robert G. Albion hypothesized that the huge demand for ship timber for the Royal Navy literally stripped the landscape of wooded resources. Based on his work, many historians treated eighteenth and nineteenth century English shipbuilding as a major source of deforestation in the British Isles for the next fifty years. In the year 1790, the Royal Navy had about 300 ships in its ranks. To build this navy, at least 1,200,000 good oaks must have been cut. With an average 12 years of service, 24,000 full acres would have been cleared, the equivalent to 37.5 square miles.
Recently, British historians have totally changed their analysis on the topic. In 1990, Oliver Rackham argued instead that the regenerative nature of trees and the meticulous manner in which British woodlands were managed allowed the woodlands to fully cope with all demands placed on them by humans. Since Rackham, the argument has been taken beyond the claim that cutting for ship timber did not cause deforestation, to the claim that shipbuilding had little or no effect on the landscape whatsoever. In reality, there was neither a sudden wood shortage brought on by shipbuilding demand, nor was the regenerative nature of trees able to cope entirely with the demands placed on woodlands by the Royal Navy. Great quantity of wood resources used in the construction of the Royal Navy came from outside of the British Isles, spreading its impact through Europe and North America. The scale of the Royal Navy’s ecological impact was immense. Britain had to build ships in its colonies, particularly in the Caribbean and the Americas but also in India.
By the late eighteenth century, the Royal Navy demanded 50,000 loads of oak per year to keep its shipyards in operation, while the entirety of the country required only 218,000 loads.
HMS Victory needed something on the order of 6,000 mature oak trees for her hull, not to mention the pine and other softwoods used for masts and decks and fittings. The problem with deforestation wasn't one that could be solved by waiting 10 or so years; the very large oaks needed for the structural members of the hull would not regrow for a hundred years or more. Warship materials were so important that the 1691 Massachusetts Bay Charter contained a "Mast Preservation Clause" which made all trees over 24 inches (timber suitable for warship-building) the property of the crown. According to legend, the Spanish asked one of their ambassadors, during the reign of Queen Elizabeth I, to sneak up and set fire to the Forest of Dean, hoping it would give their Armada an advantage.
Additionally, to make a ton of wrought iron with European technologies before 1760 required 50 cubic meters of wood, the annual growth of about 10 hectares of northern European forest.
A maritime power like Venice was long accustomed to dealing with this problem; the Venetians sought to conserve forests under their political control from at least the 14th century, with an eye toward maintaining supplies for the fleet.
Given their large colonial possessions, the Spanish also built numerous warships overseas. For example, the heaviest-armed ship in the world, the Santissima Trinidad was built in Havana. As a matter of fact, about 35% of its naval shipbuilding took place in Cuba. Of all the European imperial powers, the Dutch had the most unfavorable ratio of domestic forests to overseas ambitions. Their solution was to pay for logs and to keep a sufficient number of suppliers active that no single foreign power could deny the Dutch sawmills and shipyards the necessary quantities of timber. 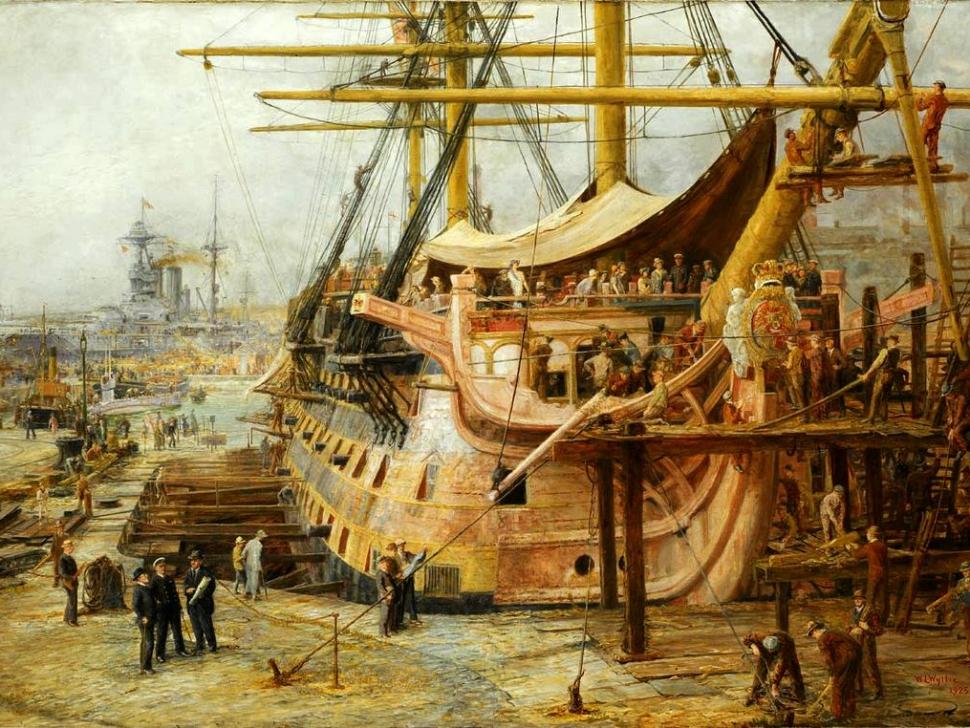 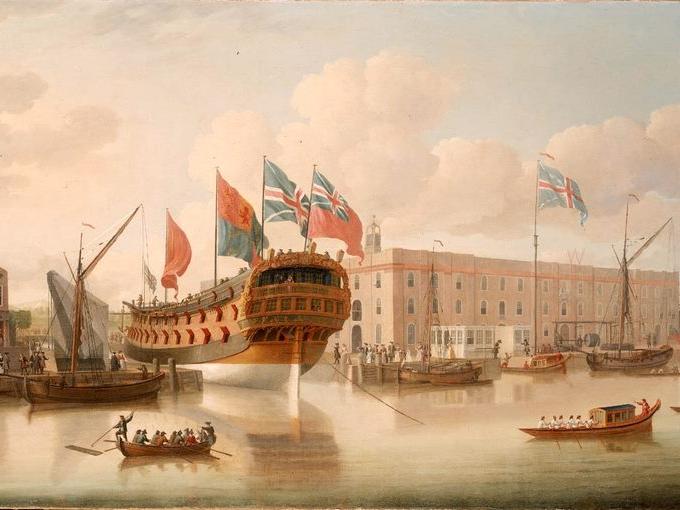 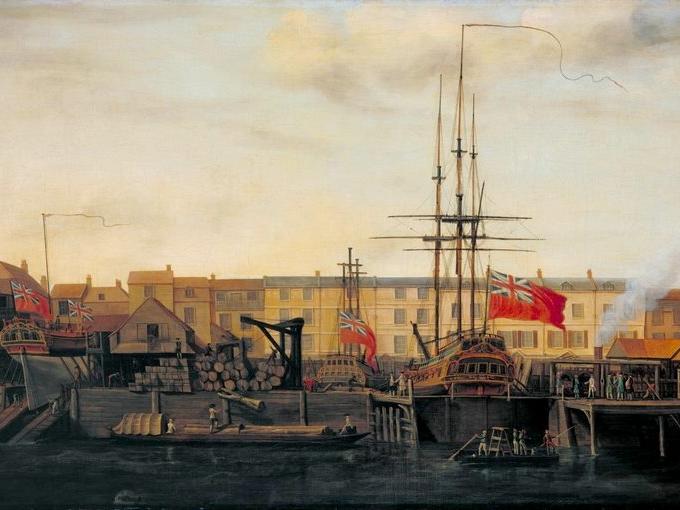 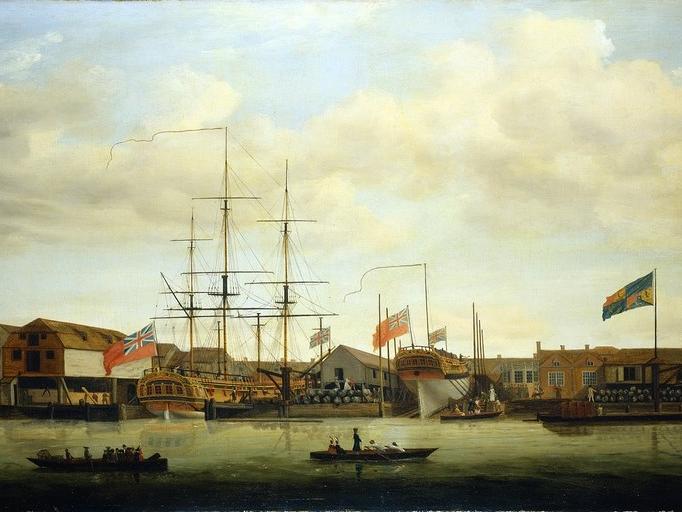