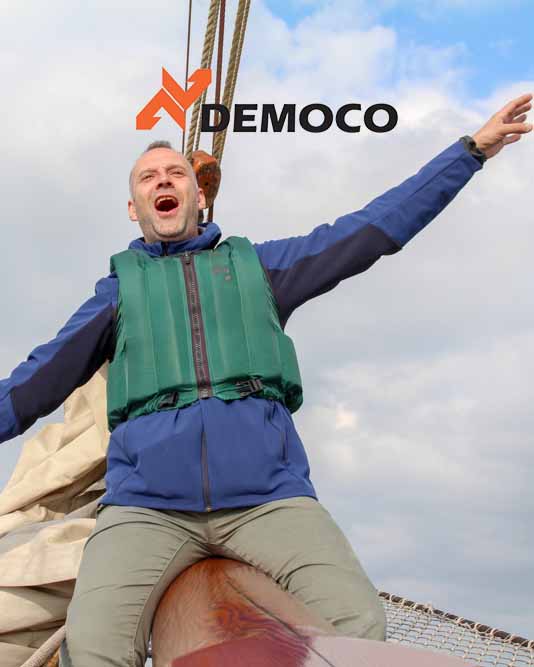 The employees of Democo Brussels recently visited their northern neighbours to go sailing on the Wadden Sea. They were divided into two groups of about 15 each: team Alfa and team Beta. For 3 days, each group went on board the
three-masted schooner the 'Morgana'. Those 3 days were very intense, pulling together on the same end
was the nr. 1 thing to do. Characters were challenged by dividing the tasks. Who took care of the dinner and who was the first in the morning to make breakfast? If there was nothing to do in the kitchen, everyone could relax and enjoy on the  beauty of the sea. This meant time for cozy chats and the chance to get to know on another on a different level. Don't get me wrong. It's hard work on a big sailingship. As a team you work together and join forces when, for example, tacking. Under the direction of the
captain and his crew, they made sure that the sails were hoisted on time and the ship took the right course.
Where team Alfa was the musical team, with different instruments on board,  team
Beta was the culinary one. Food was the focus of this team and a lot of time was spent to this.
To enjoy each others company was of course important in every team, even though this was expressed in two different ways.
Sailing together on the Wadden Sea turned out to be intensive three-days where everybody could hold the helm. The teams became closer and new things were discovered about each other. But like all beautiful trips, this was too short again. We are all positive that this experience will bear fruit when when we get back home. 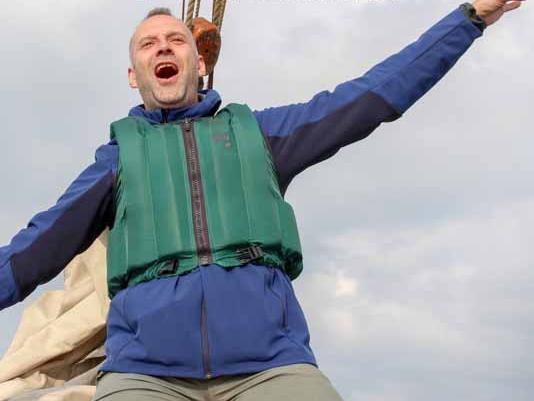 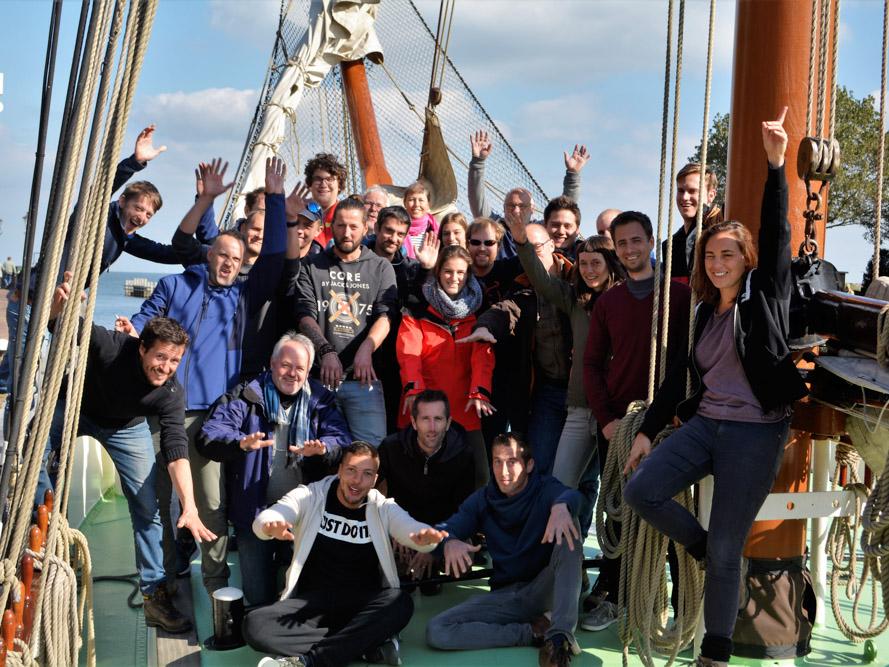 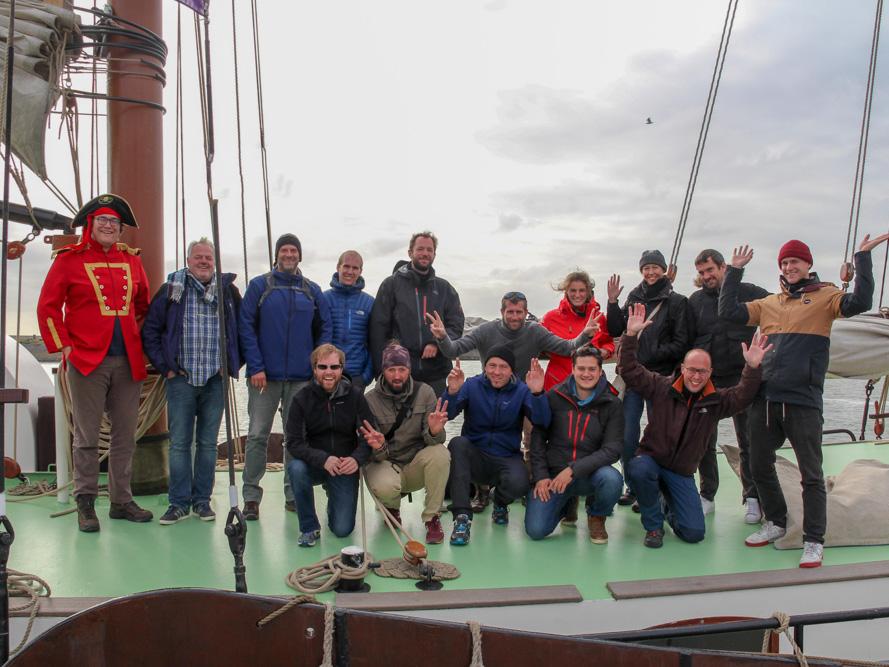 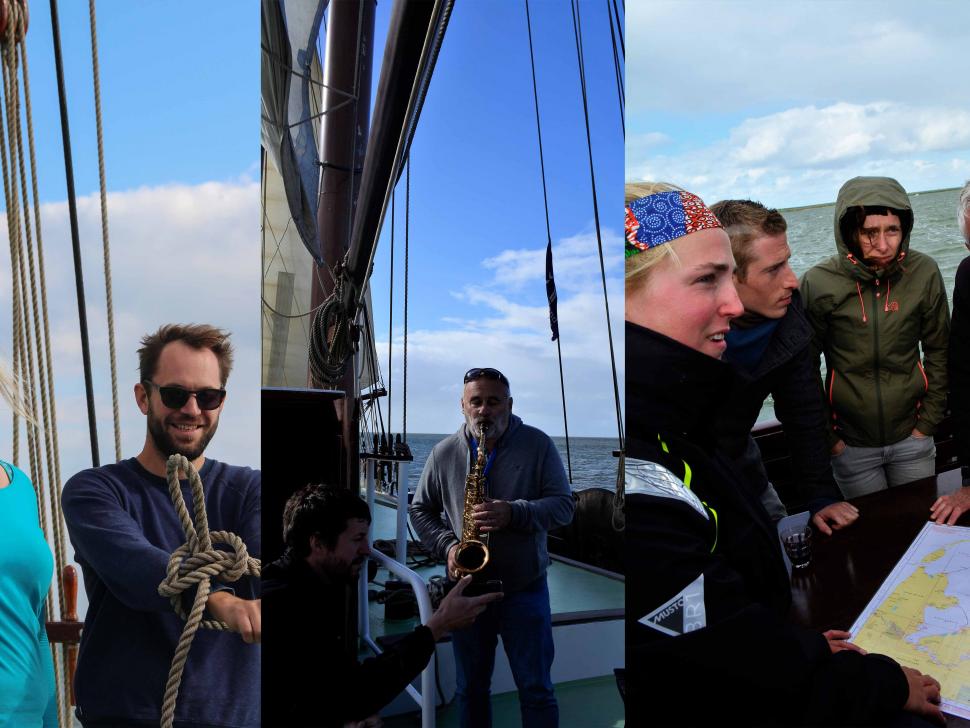 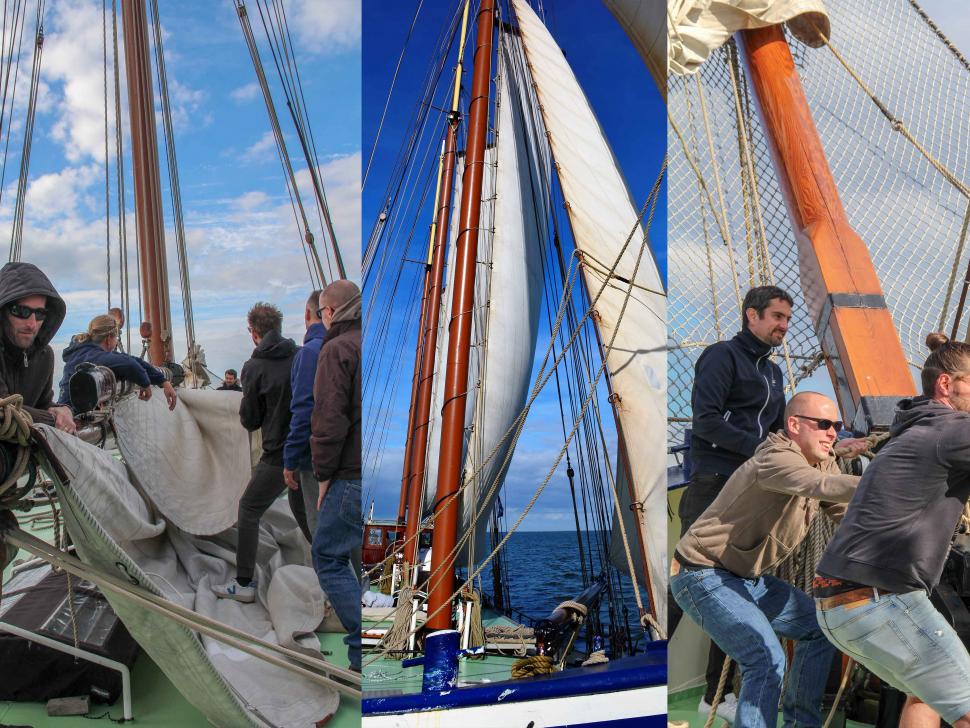 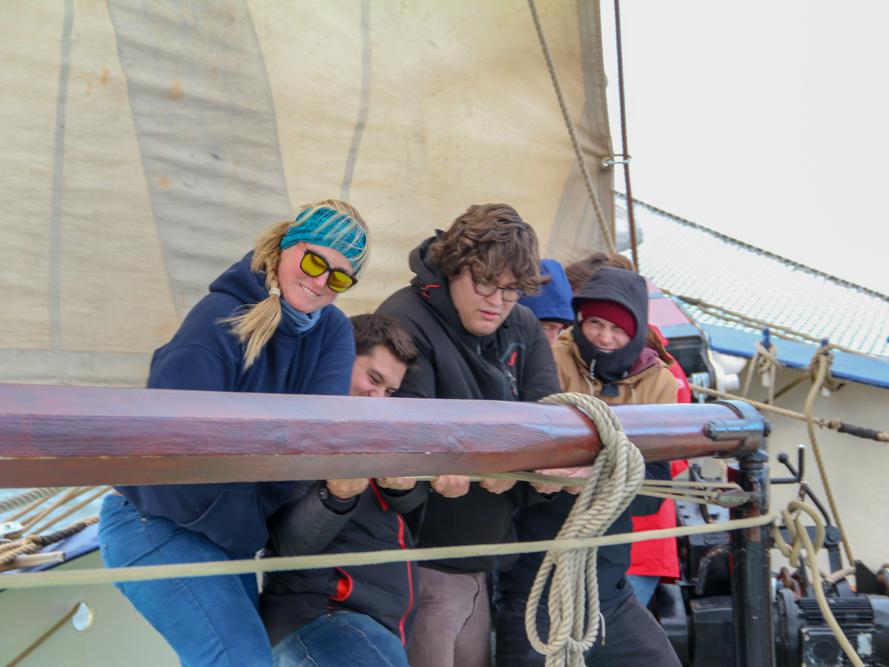 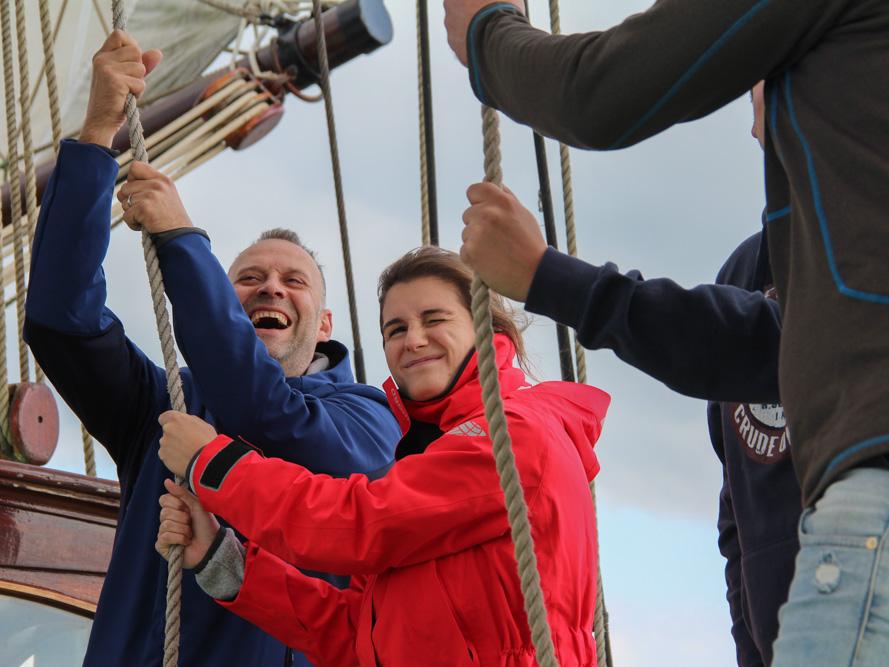 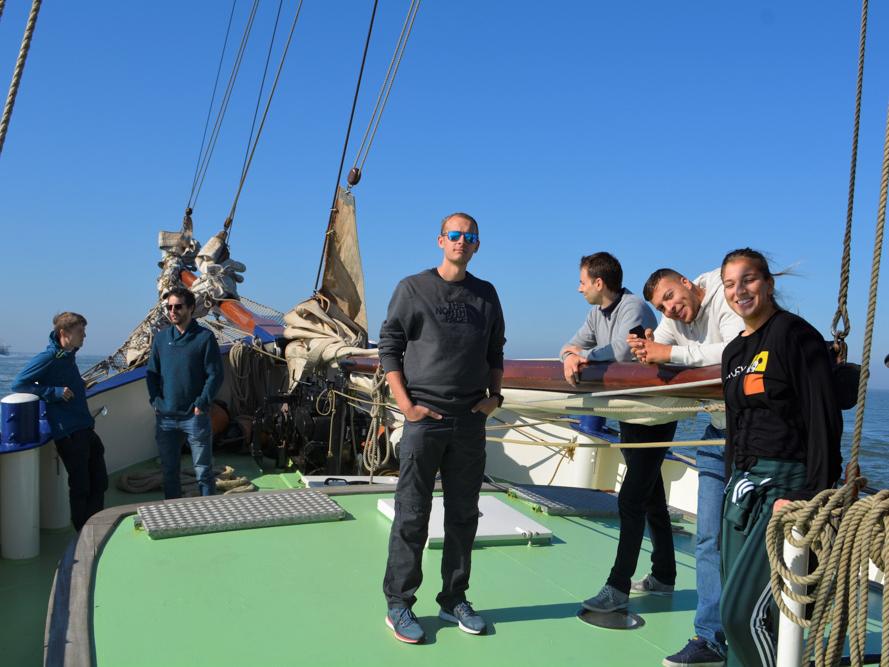 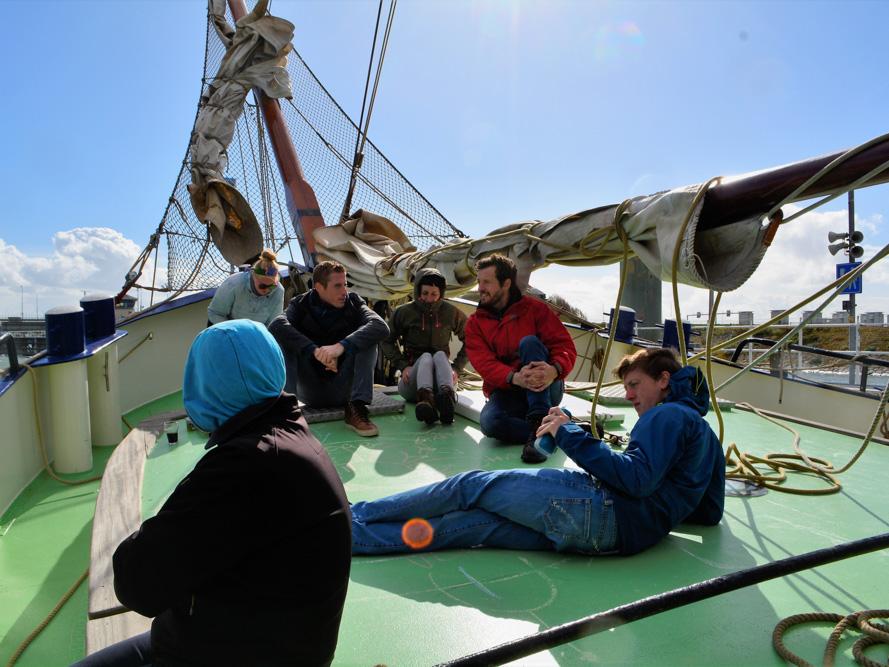 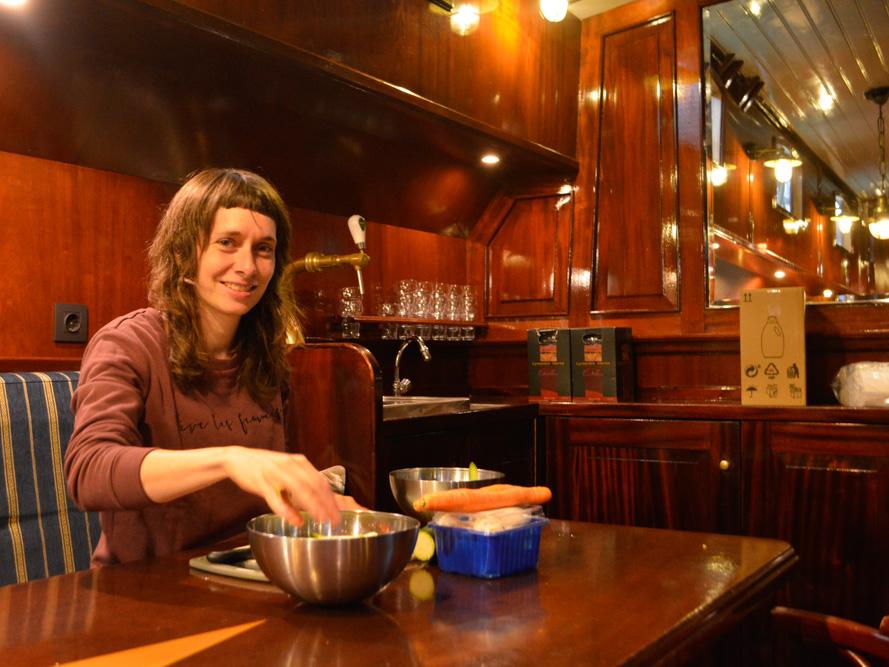 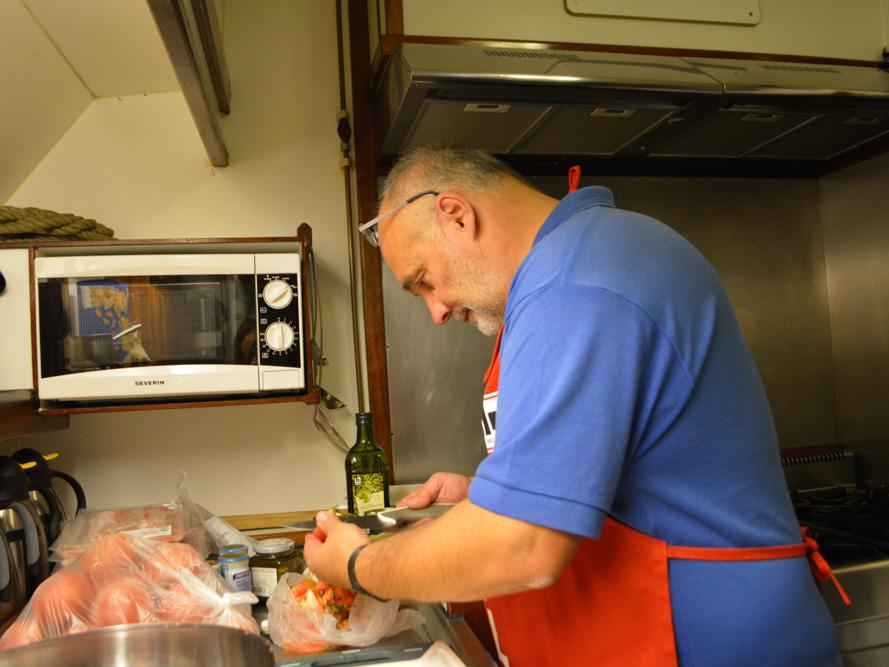 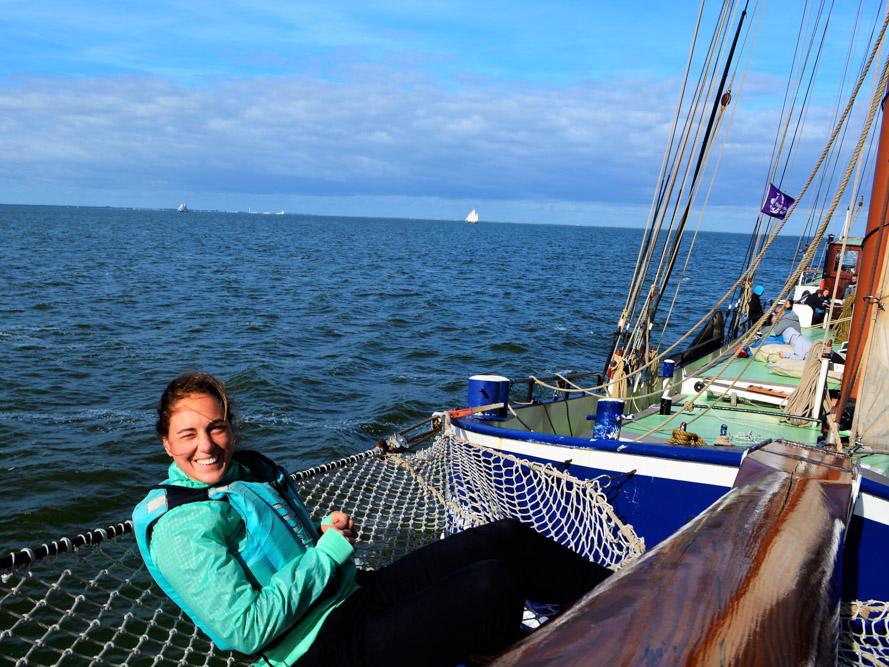 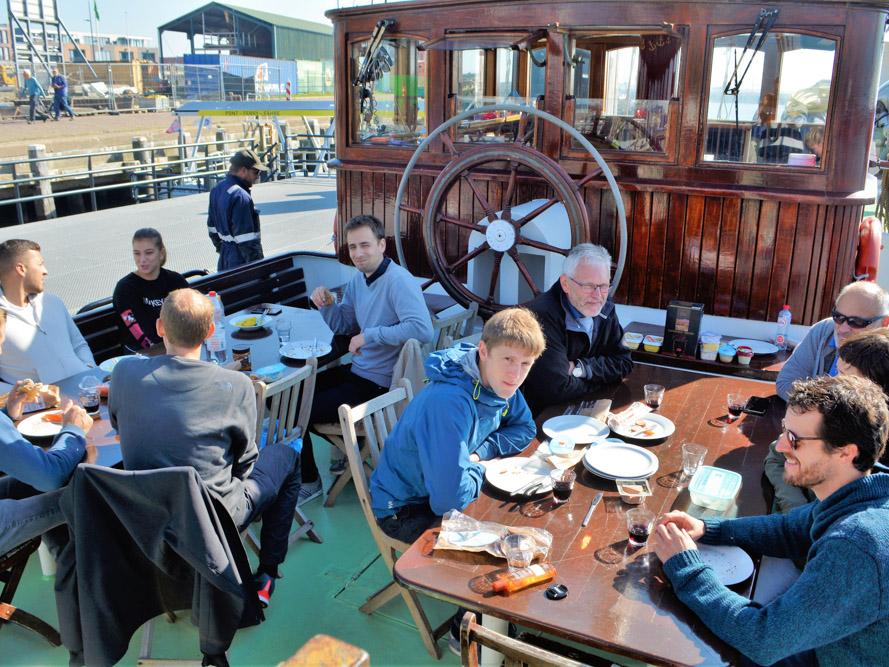 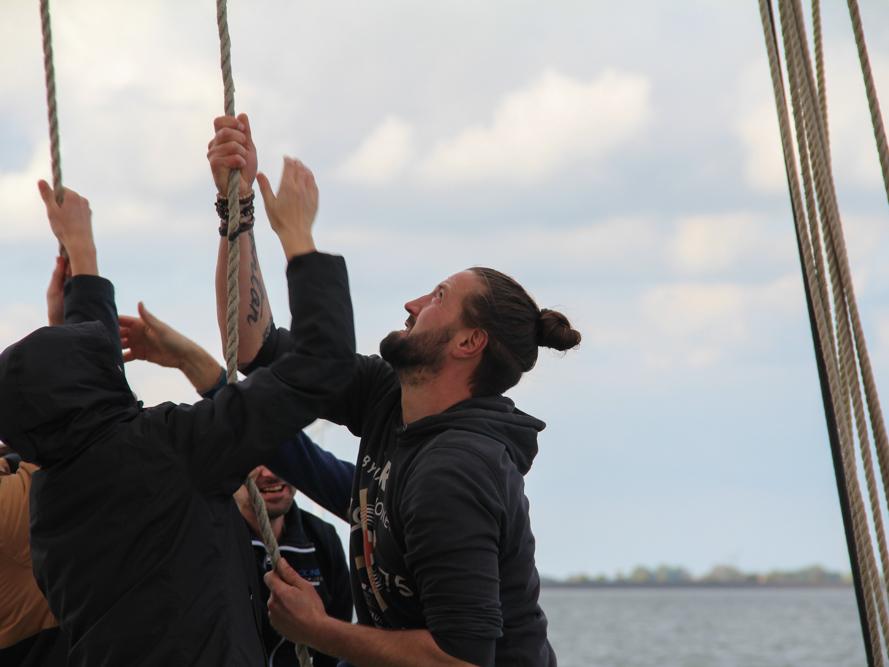 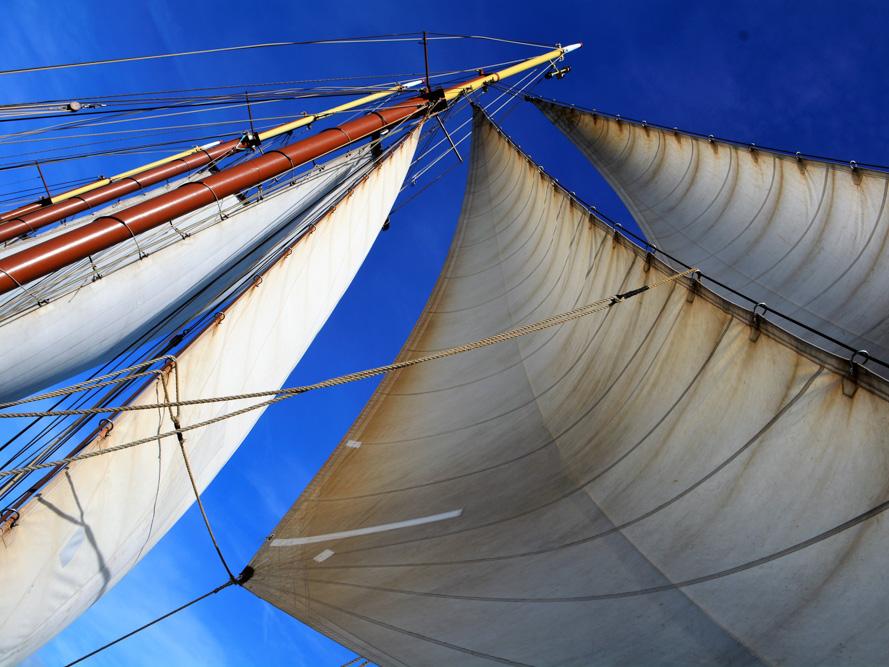 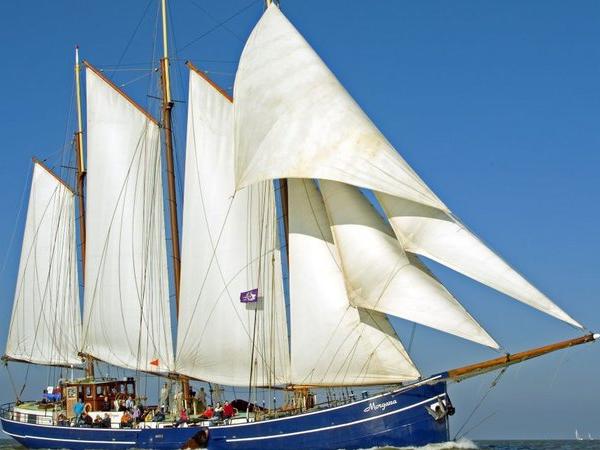